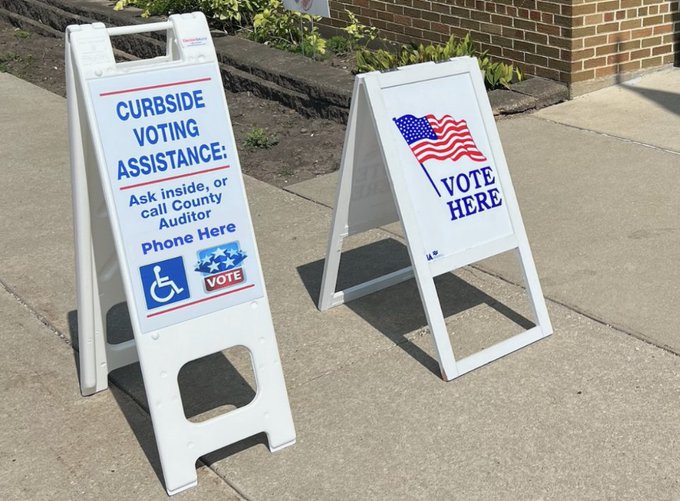 Self-governance: It could be worse. It should be better

“It could be worse.”

At the start of 2022, friends may have uttered those four words to console or comfort us.

As the midterm elections approach, those four words may be prophetic.

Every election in a democracy —from township to presidency — is threatened by voters who are ill-informed, misinformed, and/or uninformed.

And, sadly, even when those problems are overcome — as they were in the 2020 presidential election — the threats may persist as many reject the verified results, or even engage in violence like the insurrection on January 6, 2021.

To varying degrees, the ill-informed, misinformed, and uninformed now haunt the exercise of self-governance in 2022.

We have to acknowledge that the “ill-informed” have largely themselves or ourselves to blame. Reliable information is accessible for most. Problems arise when we surround ourselves with information that reinforces our beliefs, or fail to question what others tell us, or never challenge what our own group advocates.

Sometimes slogans can mislead. I wonder who suggested “Defund the Police” as a rallying cry for those seeking to hold police accountable. Didn’t anyone point out: that’s like saying “Defund the Highway Department” as a way to deal with bad roads and dangerous bridges?

So “Defund the Police” it was, making dialogue and negotiations about holding public employees accountable even more difficult, if not impossible.

From the political right in Iowa, "Defund the Police" has become a false accusation used against so-called "radical" Democrats.

Not content with that, Brenna Bird, the Republican nominee for attorney general, has labeled Democratic incumbent Tom Miller a “lazy liberal.”

What a nightmare! If the radical liberals don’t get us, maybe the lazy ones will.

And while you’re figuring, consider how Bird spoke well of Miller when she applied for an Iowa Supreme Court vacancy in 2020. From her application:

As Counsel to the Governor [Terry Branstad], I worked closely with the Attorney General’s office [...]

Throughout my time in the role as the governor’s counsel, Attorney General Tom Miller treated me with every courtesy [...]

Attorney General Miller was always full of courtesy and professionalism. He did not hesitate to engage in dialogue on tough issues.

Being misinformed or uninformed may be even more troubling because when interest groups and candidates or their campaigns deliberately deceive or mislead us, the news media may not cover the issue, or may go easy in their reporting.

Are they going to have a strike force that goes in with AK-15s already loaded, ready to shoot some small business person in Iowa with these, because I think they’re going after middle class and small business people, because they think that anybody that has pass-through income is a crook, and they aren’t paying their fair share, and we’re going to go after them.

The comment drew laughter and incredulity around the nation. A couple of friends separately asked, “Has Grassley lost it?”

In all likelihood, Grassley has not “lost it.” His campaign against Michael Franken seems not to have followed up on the “Fox & Friends” nonsense.

Not to worry though, because other Republicans are onto the IRS Swat Team threat. In a National Republican Congressional Committee tv ad targeting Democrat Representative Cindy Axne, IRS agents emerge from a cornfield in Men-in-Black” regalia, ready to torment some Iowa family or businesses. (It’s the movie “Field of Dreams” and the Dyersville cornfield turned into a nightmare, courtesy of the U.S. House Republicans' campaign arm, which has spent heavily in the third Congressional district to benefit Zach Nunn.)

The ad lines up with the reigning queen of political absurdity, Representative Marjorie Taylor Greene of Georgia. Spreading claims debunked by many fact-checks, she declared that 87,000 IRS agents "will be hired with $80 billion taxpayer dollars [...] And they're buying more guns & ammo too. Lower to middle income Americans & small businesses will be the primary targets of Democrat's new IRS force."

If cornfield creeps are one menace to deal with, the first tv ad for the re-election campaign of state auditor Rob Sand focused on another — public employees.

The ad, a spoof of the sitcom "The Office," showed one self-described bureaucrat as worrying about having to work if Sand is re-elected. Other supposed state employees used too many paper clips or kept offices at costly high temperatures.

Iowa has about 25,000 full-time or part-time state employees, and many of us know of relatives or friends who work for us in state offices. They are hard-working people who typically serve us well. Caseloads and workloads have increased over the years as needs go up and budgets go down — thanks to heralded tax cuts that lessen public services.

Ads for Republican legislators seeking re-election trumpet that the legislature passed the biggest tax cut in history. That “triumph” at least raises the question whether the legislature also made some of the biggest cutbacks ever in needed government services like restaurant and nursing home inspections and having enough patrol cars on state highways.

So I don’t get Sand's ad, although it might appeal to those who applaud tax cuts and then complain about poor state services and public facilities. Further, why would a union or employee association want to endorse a candidate who depicted them as shiftless?

The ad didn’t square with Sand’s performance nor with the auditor’s duties, as spelled out on the official website:

The Office of Auditor of State is to benefit all citizens of Iowa by providing audit, review, and other technical services to state and local governments to ensure the effective, economical businesslike conduct of public activities in a prudent, accountable manner to achieve the intended purposes. [...]

The Auditor is required to annually make a complete audit of the books, records and accounts of every department of state government.

The auditor is to assure efficient use of tax dollars, but isn’t that the responsibility of every public official and employee?

The attorney general ad campaigns for Bird and Miller suffer in similar fashion in not reflecting the duties of the office. Many ads, particularly Bird’s, focus on criminal prosecutions. Such work, however, is not the primary work of the attorney general:

The Attorney General's office website names “criminal prosecutions” as well as consumer protection on a list of work done “in addition” to those primary duties.

Perhaps the most effective ad for both Miller and Sand would highlight Republican Governor Kim Reynolds' comments in May, when she complained about their efforts to monitor her questionable actions and handling of funds, which is their duty:

“I want my own (attorney general), please,” Reynolds said…“And I need a state auditor that’s not trying to sue me every time they turn around.”

Reynolds’ displeasure with Miller and Sand recalls how some politicians might complain about the press decades ago, when it truly played a “watchdog” role over government agencies and public servants: “We could get something done if you reporters weren’t snoopin’ around so much and making a big deal of little things and…”

In previous essays, I have discussed the changes in news judgment to reduce coverage of governance, and the loss of copy editors as a damning part of staff cutbacks. So we won’t go there again.

Changes in the news media have either exacerbated the self-governance problems discussed above or, more likely, transferred some of the “watchdog” role to websites. In Iowa, we have Bleeding Heartland, Iowa Capital Dispatch, Iowa Starting Line, Axios, and others.

She explains, “We began in August of this year and are adding Iowa columnists regularly. It began in response to the cutback in commentary by The Register, and with the Iowa Capital Dispatch alliance, our work is also made available to Iowa newspapers.”

Their work is part of the response to what Gammack referred to as “the cutback in commentary” at the Register, when the paper in mid March announced it would no longer feature a daily opinion section, but would have letters to the editor and editorials on Thursdays and Sundays.

Since then, editorials have been limited to Sundays, which would mean 52 or so editorials a year.

Editorials do not primarily tell people and government what to do, often an exercise in futility. Editorials also discuss issues, encourage community leaders, and highlight events and issues that informed people care about.

Many bloggers now have that role in our internet world.

This post began: “It could be worse.” The challenge is: “It should be better.”

See you at the polls — the voting kind, not the opinion-survey kind.