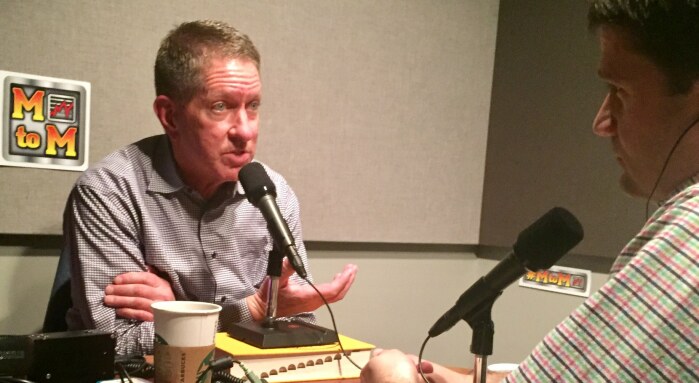 Bruce Rastetter weighs in with Iowa lawmakers on school vouchers

One of Iowa's largest Republican donors, whose company is seeking to build a carbon dioxide pipeline across Iowa, has urged state lawmakers to pass Governor Kim Reynolds' "school choice" proposal.

Bruce Rastetter sent identical emails to numerous members of the Iowa House and Senate, from both parties, on January 19. The message (enclosed in full below) called the plan for state-funded accounts to cover private school costs "historic" and "important to families all across Iowa."

Rastetter is the founder and CEO of Summit Agricultural Group. Its affiliate Summit Carbon Solutions is seeking to build a CO2 pipeline linking 30 ethanol plants in five states, and Rastetter has signed appeals to landowners in the pipeline's path as Summit seeks voluntary easements. Summit has filed for but not yet received a permit from the Iowa Utilities Board. Its plan (along with other carbon pipeline proposals) has aroused intense opposition in rural Iowa.

Summit's lobbyists have not registered a position on the school voucher bill, which Iowa House and Senate committees approved this week. Republican leaders are expected to bring it up for floor votes in both chambers next week.

Although Rastetter is a past member of the Iowa Board of Regents, which oversees state universities, he has not previously been engaged in debates over K-12 education policy.

Neither Rastetter nor Summit's communications staff responded to Bleeding Heartland's inquiry about his interest in the school choice legislation. Staff for the governor's office likewise did not reply when asked whether Reynolds or anyone on her staff asked Rastetter to reach out to Iowa legislators on this issue.

Rastetter has donated more than $170,000 to Reynolds' campaigns alone since 2015, and gave hundreds of thousands of dollars to other Iowa Republican candidates or committees in recent years. He and the governor meet several times a year, according to emails the environmental group Food and Water Watch obtained in a public records request.

Reynolds put one of Summit's top executives, Justin Kirchhoff, on a Carbon Sequestration Task Force she created in 2021. In fact, the correspondence Food and Water Watch requested shows Kirchhoff emailed a document laying out a "CO2 transport infrastructure action plan" to a senior Reynolds staffer about two months before the governor established the task force.

Rastetter does not appear to have consulted with local public education leaders about the likely impact of the governor's plan. Hubbard-Radcliffe school board president Jacob Bolson, who lives a few miles from Summit's CEO in Hardin County, spoke against the voucher bill at an Iowa House public hearing on January 17 (his remarks begin around 1:32:15 on this video).

Bolson told Bleeding Heartland via email on January 20, "I am not aware of Mr. Rastetter speaking with anyone from our school district or our neighboring partner school district, Eldora-New Providence."

I’m writing in support of Governor Reynolds’ school choice legislation.  The plan to create education savings accounts is important to families all across Iowa.

I think this legislation is historic—empowering parents and students regardless of where they live and how much money they have. You should not be trapped or defined by immutable characteristics or life situations that are out of your control.

Every single parent and student should be able to choose the education that is right for them.  Families sometimes need different education options for their children, but can't afford them.  There shouldn’t be any barriers to the education of choice for any Iowa family.

I hope you'll vote in favor of this meaningful legislation.

Thank you for your service to our great state!