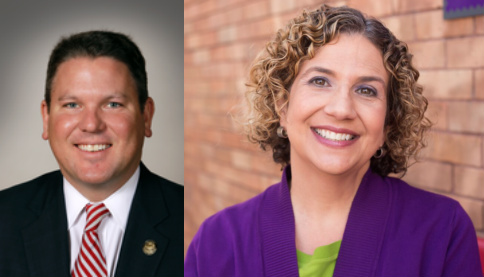 But few lawmakers make less effort than Cownie to demonstrate that they deserve to be in a position of power.

A television commercial in heavy rotation on Des Moines stations doesn’t name even one legislative accomplishment from Cownie’s eight years in the Iowa House, including two years leading the State Government Committee and two as Commerce Committee chair. Cownie has rarely if ever knocked doors to talk to his constituents in West Des Moines. He doesn’t show up at many local public forums. He doesn’t consistently answer e-mails. He doesn’t follow through on some of his promises.

Why did Republicans hit the panic button?

Iowa families get promises but no guarantee on autism insurance coverage

Iowa families hoping for guaranteed insurance coverage of autism services will have to wait at least one more year. Despite Democratic efforts to add an autism coverage mandate to the health and human services budget for fiscal year 2017, the compromise approved on the final day of this year’s legislative session excluded such language. Instead, lawmakers increased state funding for various autism-related grants and programs.

According to the lead Republican negotiator on the human services budget, families affected by autism will have insurance coverage by January 2017 without a mandate, thanks to Wellmark Blue Cross/Blue Shield’s decision to sell policies through Iowa’s public insurance exchange. But those policies will not be available to Iowans living in dozens of counties, nor will they cover applied behavior analysis (ABA) interventions, which are effective but prohibitively expensive for many people with spectrum disorders.

Earlier this month, Claire Celsi informed Bleeding Heartland readers about the demise of an autism insurance bill after State Representative Peter Cownie refused to bring the measure up for a vote in the Iowa House Commerce Committee, which he chairs.

As both Autism Awareness Month and the 2016 legislative session wind down, Democrats in the Iowa House and Senate have been working to add the same requirements to a must-pass budget bill. Follow me after the jump for background and where things stand in this fight. 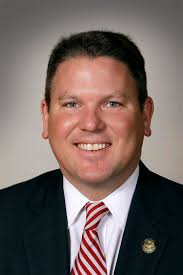 State Representative Peter Cownie (R-West Des Moines), Chair of the Iowa House Commerce Committee, single-handedly killed the bill that autism advocates in Iowa had worked all year to bring to a vote in the House Commerce Committee. Cownie had challenged the bill’s advocates to “find him seven Republican votes” so he could bring the bill up and pass it out of his committee for consideration by the entire House. The autism advocates (mostly parents of children who have autism) found the committee votes – both Democrat and Republican. On March 8, the Commerce Committee met, but the bill was never brought up for a vote. Cownie apparently decided that insurance companies were more important than kids. I have heard stories from some of the parents who worked very hard to convince legislators to vote for the bill and they are adamant that the bill would have passed if Cownie would have allowed it to come up for a vote in his committee.

Just teach them how to read in kindergarten and first grade. Then they won’t be “identified” by the state as having special needs.

No, really, that’s what Iowa Senate Republican leader Paul McKinley said in a meeting on Tuesday with journalists from the Des Moines Register.

Note to parents: If it's not working, change it

One of my golden rules of parenting is, “If it’s not working, change it.” We need to get creative if our bedtime routine, mealtime rituals, discipline techniques or outside activities stop meeting our family’s needs. Parents who are inflexible can get locked into power struggles that don’t fix the problem.

Des Moines Register editorial writer Linda Fandel’s follow-up on Isabel Loeffler reminded me of how well things can work out when parents are willing to question and change what isn’t working. In the summer of 2007 I was outraged by Fandel’s feature story on how a Waukee elementary school disciplined Isabel, an eight-year-old on the autism spectrum. She repeatedly spent long stretches in a timeout room as school staff kept resetting the clock when Isabel tried but failed to meet nearly impossible demands. The inappropriate and punitive use of the timeout room didn’t improve Isabel’s behavior and certainly didn’t create a good learning environment for her. Her parents pulled her out of the school and moved to California. Fandel writes:

Officials in the Waukee school district and the Heartland Area Education Agency, which helped prepare Isabel’s individualized learning plan, insisted they had done nothing wrong. But an administrative law judge in 2007 found that the district and AEA used interventions not consistent with accepted practice. That decision was upheld on appeal. A civil suit is pending.

Isabel’s father, Doug Loeffler, recently e-mailed Fandel to say that his daughter “loves school and is very active in several community groups that provide opportunities for children with special needs to work together with children without handicaps.” He also said there is growing interest nationally how schools misuse timeout rooms and physical restraint.

Last year the Iowa Board of Education adopted stricter rules on timeout rooms and certain kinds of physical restraint. I’m glad to know this is part of a national trend, but public policy is no substitute for parents who are willing to get involved and learn what is going on in their child’s school. If the Loefflers had not asked for a videotape to find out why their daughter wasn’t responding well to discipline at school, they never would have realized how inappropriate the school’s policy was.

This thread is for any comments on education, discipline or parenting.