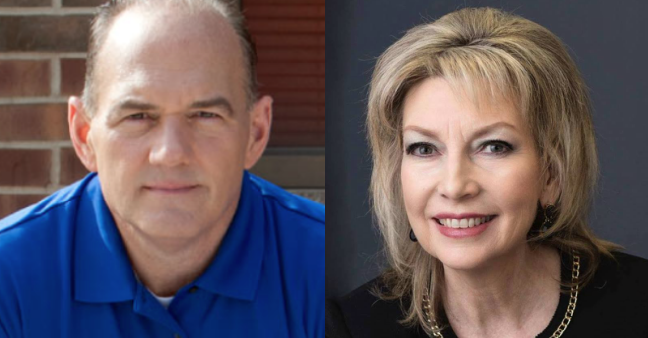 A state panel disqualified two prominent Republican candidates yesterday due to insufficient valid signatures on their nominating petitions. A leading Democratic contender for Congress would have suffered the same fate, had a party committee not bailed her out using a questionable legal loophole.

All of the candidates had been actively campaigning for months. Yet they failed to ensure that they could meet a straightforward, longstanding requirement to qualify for the ballot. Nothing like this should happen to another serious contender for public office in Iowa.

The election panel consisting of Secretary of State Paul Pate, State Auditor Mary Mosiman, and Attorney General Tom Miller met on March 27 to consider a record number of objections to candidate filings. First, they unanimously rejected Libertarian Congressional candidate Bryan Jack Holder's complaints about petitions for Governor Kim Reynolds and U.S. Representative David Young. As Bleeding Heartland discussed here, Holder argued that the forms deviated too much from the sample provided by the Secretary of State's office, and that the candidates engaged in unlawful "data mining" by collecting e-mail addresses and/or cell phone numbers.

Next, the panel unanimously rejected GOP Congressional candidate Cyndi Hanson's objection to Representative Steve King's petitions, on the grounds that county names were hand-written on the header of many pages. Advocates for King demonstrated how typical that practice is by showing pages from nominating petitions for the election panel members.

The message is clear: minor changes to a petition's format, additional data beyond what is required by law, or hand-written information near the top do not invalidate petition pages. In future election cycles, Iowans should not waste time challenging nominating papers on those grounds. The Iowa Code provisions on signature requirements are intended to force would-be office-holders to demonstrate some basic level of support for their candidacies, not to micromanage how signatures can be presented.

The same language is unambiguous about the number of signatures candidates need to seek various positions. For statewide and federal offices, candidates need to exceed a certain threshold of total signatures and meet minimums in a specific number of counties. The numbers change from year to year, depending on how many voters registered with the candidate's party cast ballots in the last general election.

Ginny Caligiuri had enough total signatures to qualify as a GOP candidate for Congress in the second district. But she also needed to meet minimums in at least twelve of the 24 counties. Matthew Evans, campaign manager for rival GOP candidate Christopher Peters, found that fourteen of Caligiuri's 133 signatures from Washington County were invalid: "nine are duplicates or triplicates, and five are from addresses outside of Washington County." Republican candidates for Congress needed at least 124 signatures from that county.

Caligiuri's representatives acknowledged the problems, saying, "We would ask for mercy for this campaign." They noted that in the past, the election panel had shown deference to candidates trying to gain access to the ballot.

In one such case, the election panel allowed Democrat Joe Seng to remain on the Congressional primary ballot in IA-02. The difference is that Seng had enough signatures from enough counties; his questionable pages had some missing information near the top of the page. CLARIFICATION: Caligiuri's representatives asked the panel to allow petitions from Monroe County, which the Secretary of State's office had rejected due to incomplete fields in the header. The panel refused, but if they had allowed the substitution, the campaign would have met the minimum requirements in twelve counties.

Though Miller described the objection to Caligiuri's papers as "a close one," the panel's decision was unanimous: she was off the ballot. As a statewide leader of various prayer organizations, Caligiuri should have had no trouble exceeding the minimum number of signatures in every county. Her allies could have done it in a day by taking petitions to church.

I was looking forward to a competitive primary as a sign of whether social conservatives aligned with Caligiuri or libertarians aligned with Peters were stronger in southeast Iowa Republican circles. We'll probably never know now.

Caligiuri's campaign manager told Ed Tibbetts of the Quad-City Times that they will appeal the election panel's decision in district court. Presumably they will argue that they substantially complied with the requirements. I am not aware of any Iowa case law allowing candidates on the ballot after they had failed to submit enough valid signatures.

Although there are several options available to this campaign following the three person panel's decision regarding Ginny's candidacy on Tuesday, we have decided that regardless of which option we choose, GINNY CALIGIURI IS STILL RUNNING FOR CONGRESS IN IOWA'S 2ND CONGRESSIONAL DISTRICT!! She is the only pro-life, pro-traditional marriage, pro-Trump and Republican running to represent the 2nd District.

So remember how to spell her name:

and we will see YOU on our 24 County Listening Tour as it continues through Cedar, Clinton, Louisa, Keokuk and Scott, Muscatine, and Henry Counties in the next two weeks!

A representative confirmed that the candidate has not ruled out filing a lawsuit. If the case does not go to court, or if the appeal is unsuccessful, Caligiuri will continue to run as a write-in candidate.

The panel spent more than two hours considering Craig Robinson's challenge to GOP gubernatorial candidate Ron Corbett. Robinson had counted "104 duplicate signatures and 7 signatures improperly filled out," leaving the candidate "with 3,977 signatures and 28 short of the minimum 4,005 needed to access the primary ballot."

Corbett's attorney contended that the campaign had crossed some names out on petitions that should have remained as valid signatures. By their count, there were enough of those to make up for duplicates eliminated elsewhere. Erin Murphy reported for the Quad-City Times,

Corbett's attorney complained, "We are getting penalized for our own over-diligence." After a break to check the new numbers, Corbett came up with 3,997 signatures, just eight short of the threshold. The mistakenly crossed-off signatures would have given him eight more.

Miller, a Democrat, voted to allow Corbett to remain on the ballot, "citing the high profile of the governor’s race and his apprehension at delivering a ruling that would take what he called a legitimate candidate off the ballot." Pate and Mosiman, both Republicans, voted to uphold Robinson's challenge.

Corbett told reporters later, "Sometimes the scoreboard of life doesn't fall in your favor and this was one of those days." Jason Noble reported for the Des Moines Register,

Corbett said he would review his options for filing a lawsuit challenging the decision, but indicated it was unlikely he would actually do so.

“We’ll examine it maybe for another day or two,” he said, “but when you go to court, you have a lot of legal resources that you have to expend, and we’re not in a position to do that right now.”

I'm seeking comment from the Corbett campaign and will update this post as needed. He has scheduled a press conference for later today. Assuming he does not sue, Governor Kim Reynolds will be the only GOP candidate on the June 5 primary ballot. UPDATE: Corbett announced on March 28 that he will sue to challenge the election panel's decision. He also asserted, "I don't think it would have mattered" if his campaign had collected more signatures, because the "establishment" would have found some other way to block him. You can watch Corbett's press conference here.

Caligiuri was a rookie candidate. A 30-year veteran of Iowa politics who spent years laying the groundwork for a gubernatorial bid and spent hundreds of thousands of dollars since last summer should never have found himself at risk of being disqualified. Many candidates for governor submit more than 1,000 signatures above the required number. Corbett submitted fewer than 100 extra signatures. I've known of school board or city council candidates who left themselves a larger cushion.

The failure raises questions about how serious Corbett was about following through with this campaign. If his staff were having trouble collecting enough signatures at the usual Republican venues, he should have paid people to take petitions to grocery stores, sporting events, or Democratic gatherings. Plenty of Iowa voters would have been happy to sign for anyone running against Reynolds.

The final item on the election panel's agenda was Robinson's challenge to Theresa Greenfield, Democratic candidate for Iowa's third Congressional district. His objection didn't make sense, since it emphasized Greenfield's failure to collect enough valid signatures, which is not in dispute. She has been seeking access to the ballot through a statute that lays out a different path from the usual method of submitting nominating papers.

Robinson filed his objection to Greenfield on March 23, the last day citizens could get items on the election panel's agenda. The Third District Democratic central committee didn't vote on Greenfield's request until March 26. Many committee members assumed that Pate, Miller, and Mosiman would determine whether the code provision was properly used. But the panel "declined to take up Greenfield’s situation, finding that it had no jurisdiction in the matter," Noble reported for the Des Moines Register.

The upshot is that unless some eligible voter in IA-03 files a lawsuit very soon, Greenfield will join Cindy Axne, Pete D'Alessandro, and Eddie Mauro on the June 5 Democratic primary ballot. UPDATE: Although Pate told the Des Moines Register on March 27 that he would likely certify Greenfield's candidacy, he made the opposite decision the following day after Miller advised him that "Chapter 43 of the Iowa Code does not permit Greenfield to be designated as 'an additional primary election candidate.'"

Greenfield's former campaign manager put her in a bad spot. But she also dropped the ball by not making sure her nominating papers were in order. Pat Rynard noted on March 23,

Starting Line viewed Greenfield’s initial petition submission earlier this week in one of the Secretary of State’s offices. It appears she only had two signatures over the minimum requirement for Adams County, two over for Taylor County, four over in Union County and five over in Page County. It also seems she only had the minimum requirement for exactly eight counties, meaning she would have missed the ballot had just one of those contained just a few duplicates or errors.

Most campaigns get double the amount required just to be on the safe side. The problems with Greenfield’s petition effort should probably have been clear to the candidate long before the forgery confession.