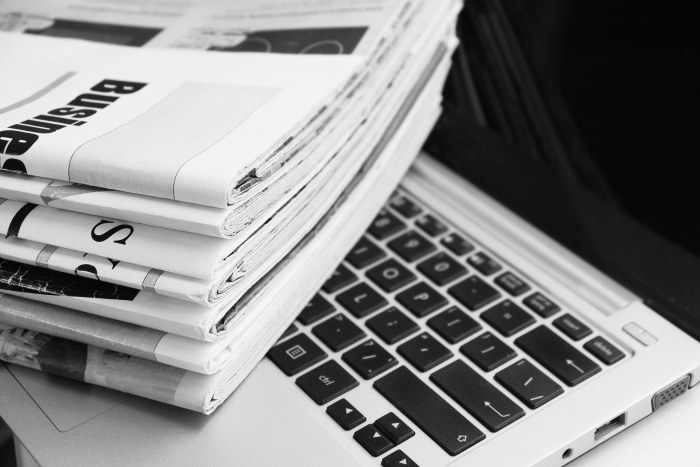 How you can support independent journalism in Iowa

The COVID-19 pandemic caused sharp declines in print advertising, prompting layoffs and furloughs at many newspapers that had already cut staff over the past decade. At least 60 small newsrooms, including several in Iowa, have shut down entirely.

Iowa’s largest circulation newspapers are worth supporting with a subscription, but most are part of big chains. I also subscribe to the following small newspapers, which have won many journalism awards and have produced original reporting of statewide importance on the COVID-19 pandemic.

Iowa Falls Times Citizen editor Sara Konrad Baranowski was among the first Iowa journalists to notice that the state website coronavirus.iowa.gov was backdating some new cases for weeks or months. Even after the Iowa Department of Public Health claimed to have fixed the “glitch,” testing numbers continued to be revised, Konrad Baranowski reported.

The Storm Lake Times is best known for Art Cullen’s Pulitzer prize for editorial writing in 2017. But the newspaper’s small staff also break a lot of news. In June, Tom Cullen exclusively reported on emails that showed Buena Vista County’s public health administrator was frustrated in April that the state “will probably not do targeted testing here unless we have a large number of positive cases.” Meatpacking plants in Storm Lake fueled a massive outbreak in May and early June. To this day, Buena Vista has more COVID-19 cases per capita than any other Iowa county; approximately 15 percent of the county’s residents have tested positive.

The Carroll Times Herald recently published a heartbreaking series by Jared Strong on the aftermath of a card game among four friends in September (part 1, part 2, and part 3). Earlier this month, Douglas Burns profiled a Coon Rapids business owner and district director for U.S. Representative Steve King who had a close call with COVID-19.

Iowa Capital Dispatch has extensively covered the pandemic from the beginning. This month, Clark Kauffman was first to report a story picked up by many national outlets: “A wrongful death lawsuit tied to COVID-19 infections in a Waterloo pork processing plant alleges that during the initial stages of the pandemic, Tyson Foods ordered employees to report for work while supervisors privately wagered money on the number of workers who would be sickened by the deadly virus.” Iowa Capital Dispatch is part of the nonprofit States Newsroom network, so donations are tax-deductible.

Iowa Starting Line‘s founder and managing editor Pat Rynard broke the news in September that Senator Ernst had privately apologized to leaders of the Iowa Medical Society for suggesting that health care providers might be inflating the number of COVID-19 cases to earn more money. The same month, Starting Line’s Isabella Murray was first to report that several Iowa school districts were “playing a game of musical chairs in order to skirt mandatory quarantining for students exposed to COVID-19.” Starting Line accepts donations here; since the site is organized as an LLC, contributions are not tax-deductible.

The Iowa Informer‘s Gavin Aronsen delved into how conspiracy theories and misinformation about COVID-19 and other topics have “become widely accepted” in the Republican Party of Iowa. Iowa Informer accepts online donations, which are not tax-deductible.

I am also grateful to the readers who have supported my work. Bleeding Heartland is on track to publish about 600 articles in 2020, roughly half by me and the rest by more than 100 other authors. Like many political reporters, I have been pulled away from some of my usual beats to focus on the pandemic. My COVID-19 coverage has included exclusive reporting on:

Readers can contribute to Bleeding Heartland through PayPal or Patreon, or by sending a personal check (contact me for the address). Donations help cover reporting costs, web hosting fees, and technical support; they are not tax deductible, since Bleeding Heartland is an LLC.

To avoid conflicts of interest, I don’t accept contributions from Iowa elected officials, candidates, or paid staff and consultants on Iowa campaigns.

If you can’t afford to donate to a website or subscribe to a newspaper, you can support independent journalism in other ways. Share links to good reporting through e-mail networks or social media feeds. Tell friends about sites you enjoy reading. Small news organizations don’t have large marketing budgets, so anything readers do to spread the word is appreciated.