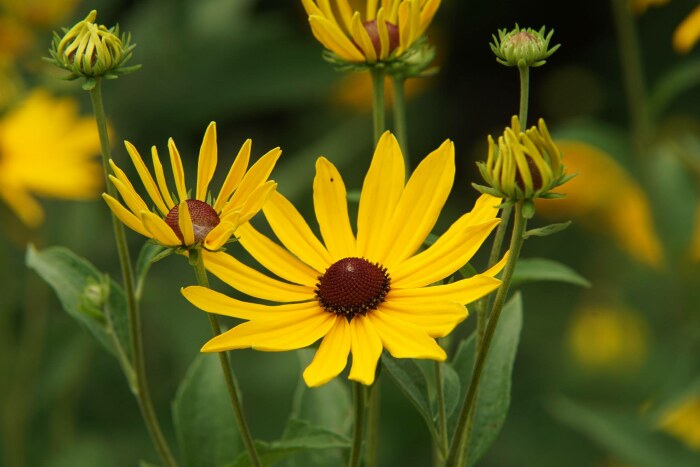 For this post-primary election edition of Iowa wildflower Wednesday, I asked all of Iowa's Democratic nominees for federal or statewide offices about their favorite wildflowers.

The candidates could choose any flowering plant. It didn't have to be a native species or one that tends to bloom in Iowa around this time of year.

I'm presenting the wildflower choices in the same order the candidates appeared on the Iowa Secretary of State's 2022 primary candidate list. 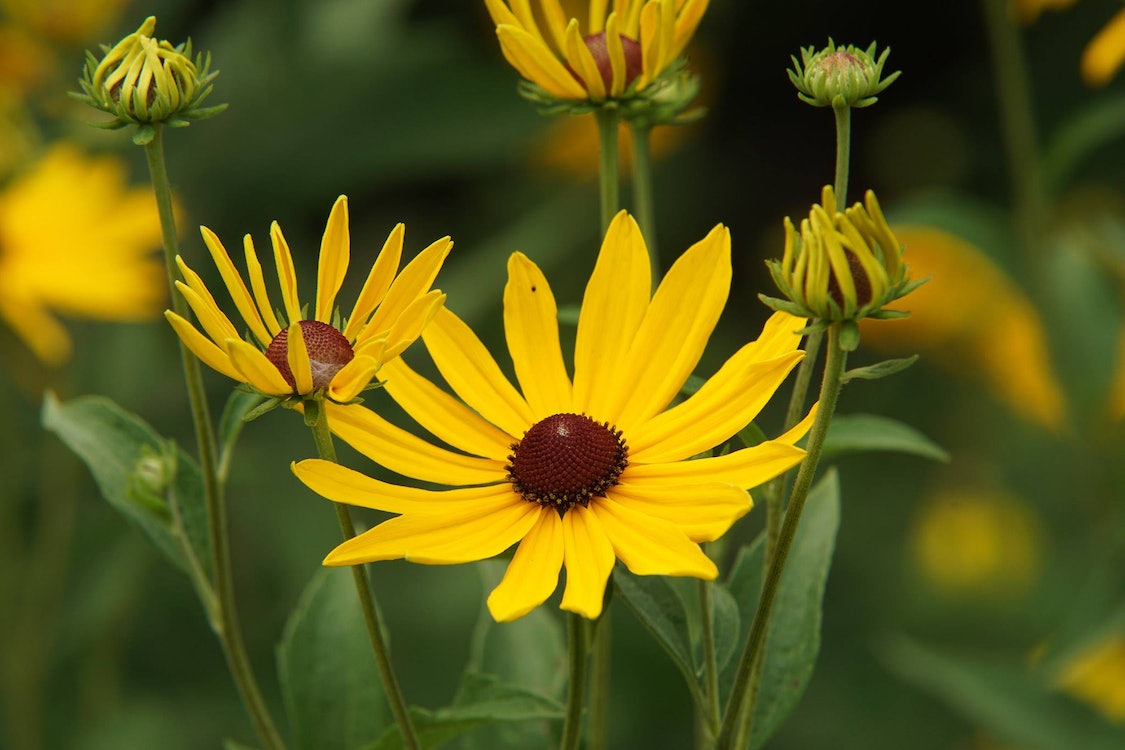 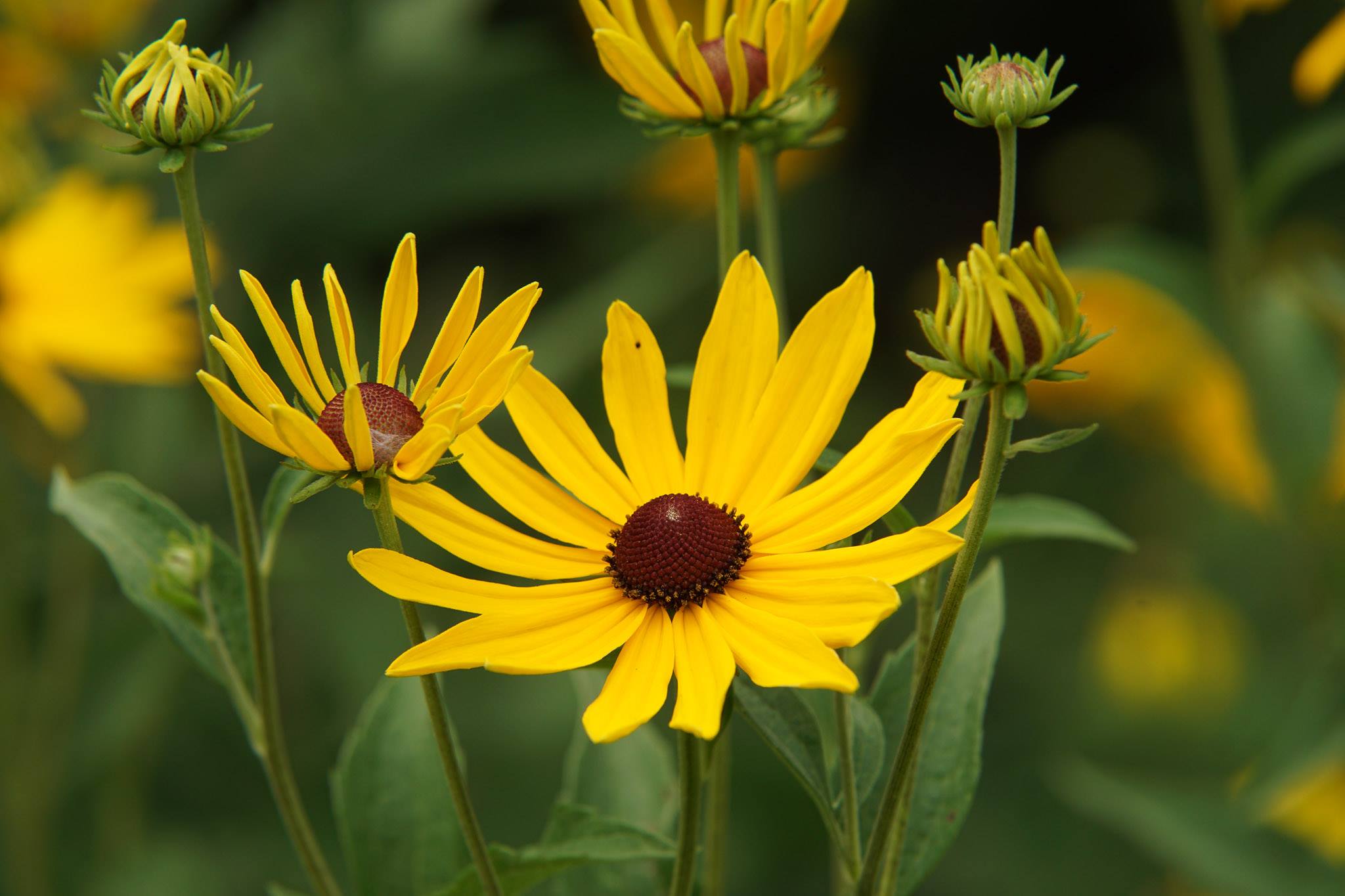 Wendie has a gift for capturing insects on wildflowers. In this image, a checkerspot butterfly is perched on the sweet coneflower disk flowers. 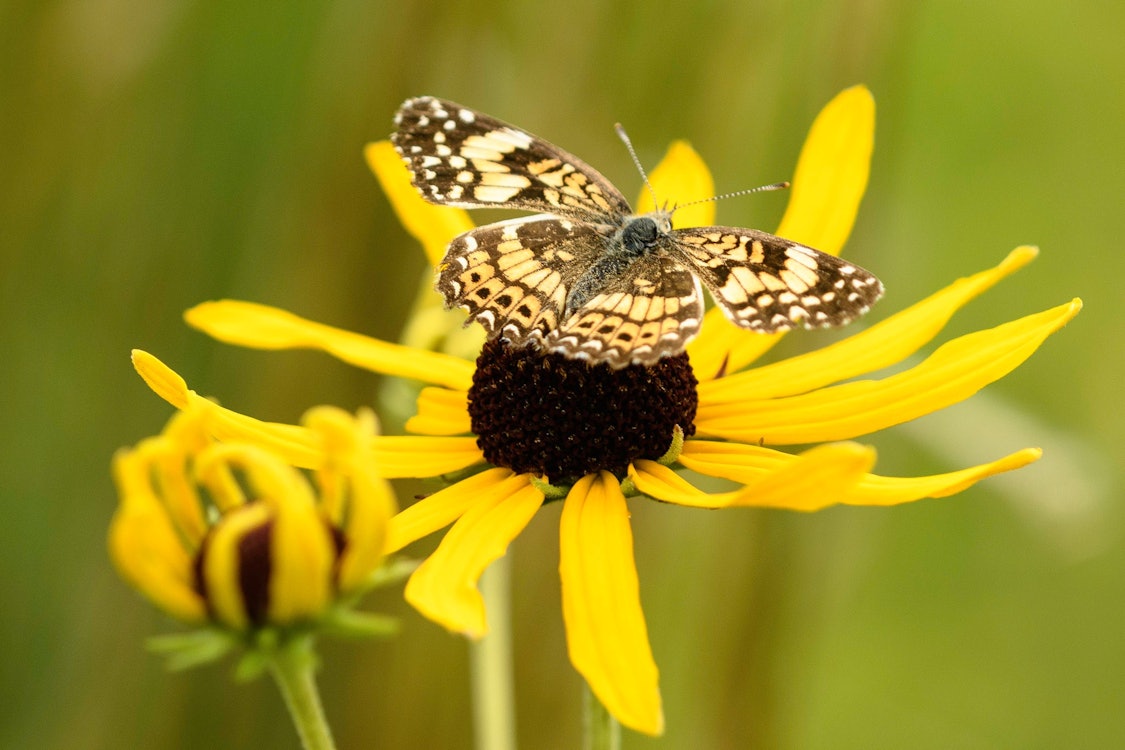 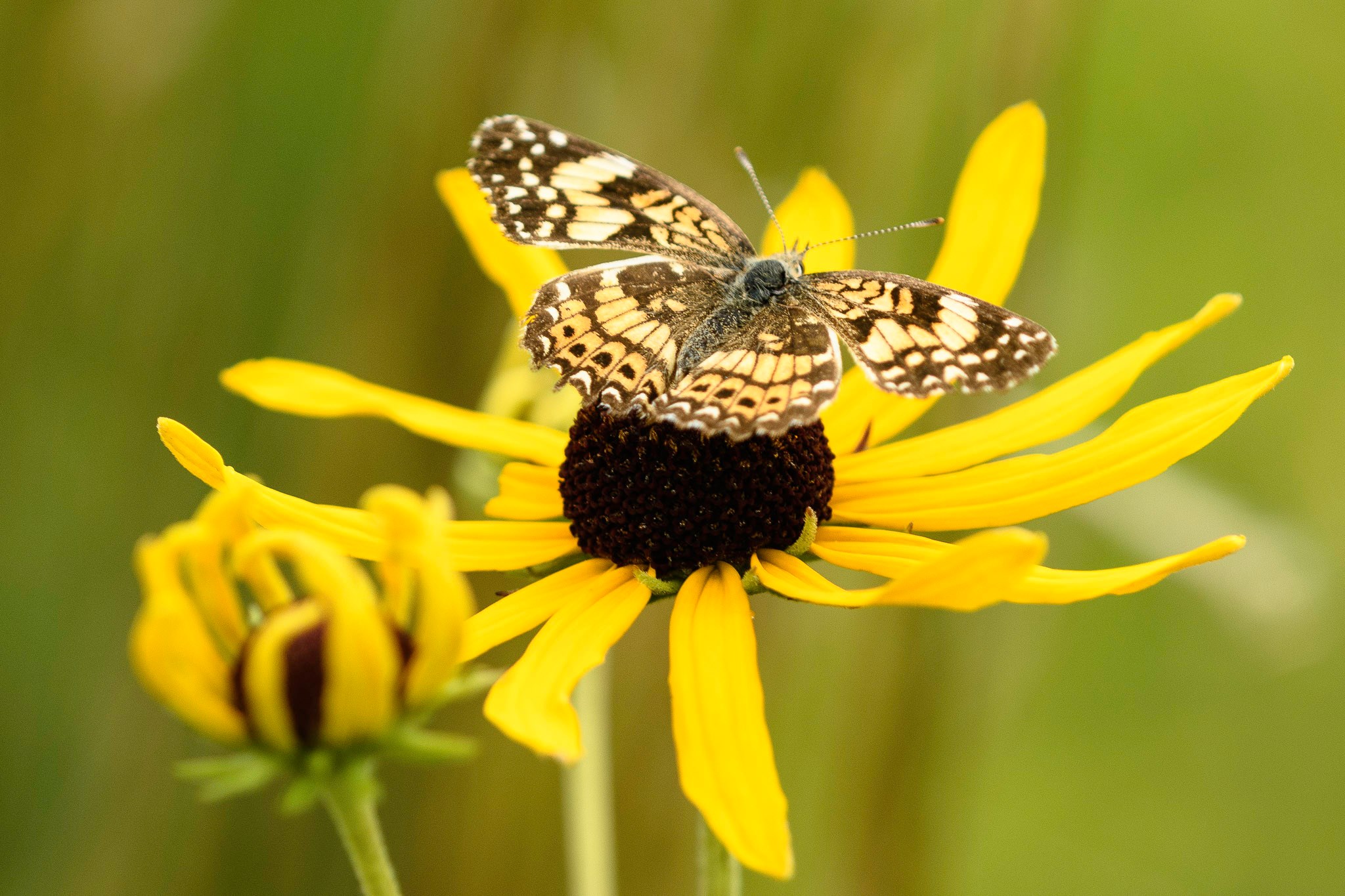 Christina Bohannan, the Democratic candidate in Iowa's first Congressional district, is a fan of Virginia bluebells (Mertensia virginica). These bloom in my yard every year and tend to spread if conditions are favorable. 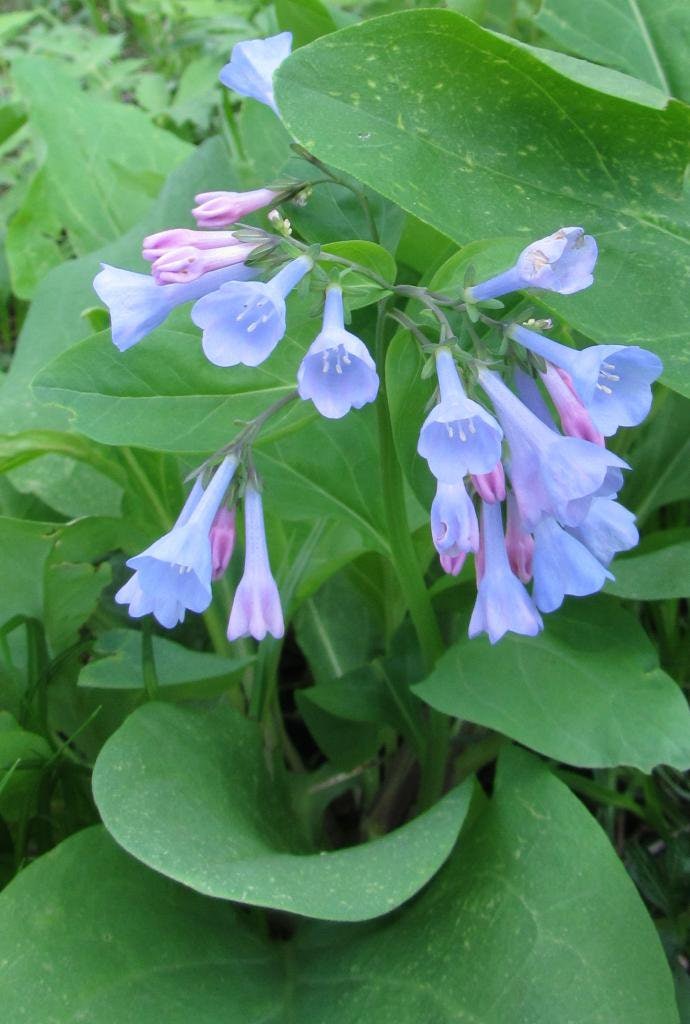 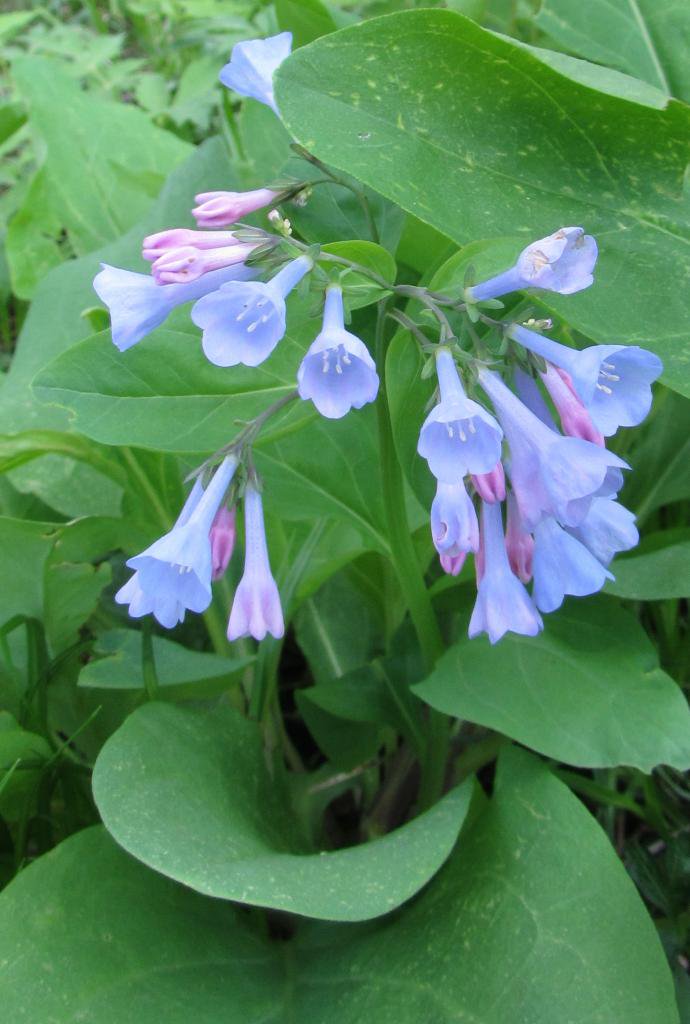 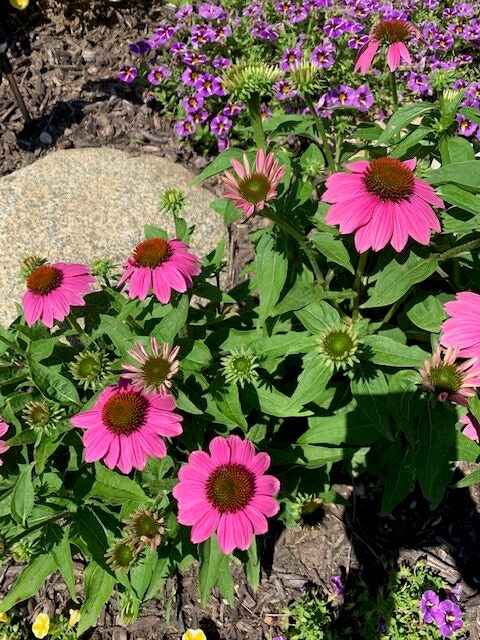 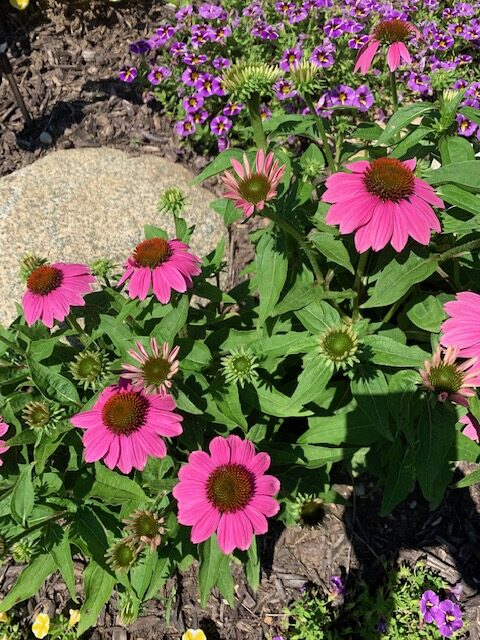 I didn't hear back from Representative Cindy Axne (IA-03).

Ryan Melton, the Democratic nominee in the fourth Congressional district, told me, "This is probably a weird answer but I really like the Creeping Charlie in my backyard. I know it’s a weed, but I think it looks nice."

It's not weird, Ryan! Ground ivy (Glechoma hederacea), better known as creeping Charlie, is quite attractive, even if this non-native species is unpopular with gardeners. 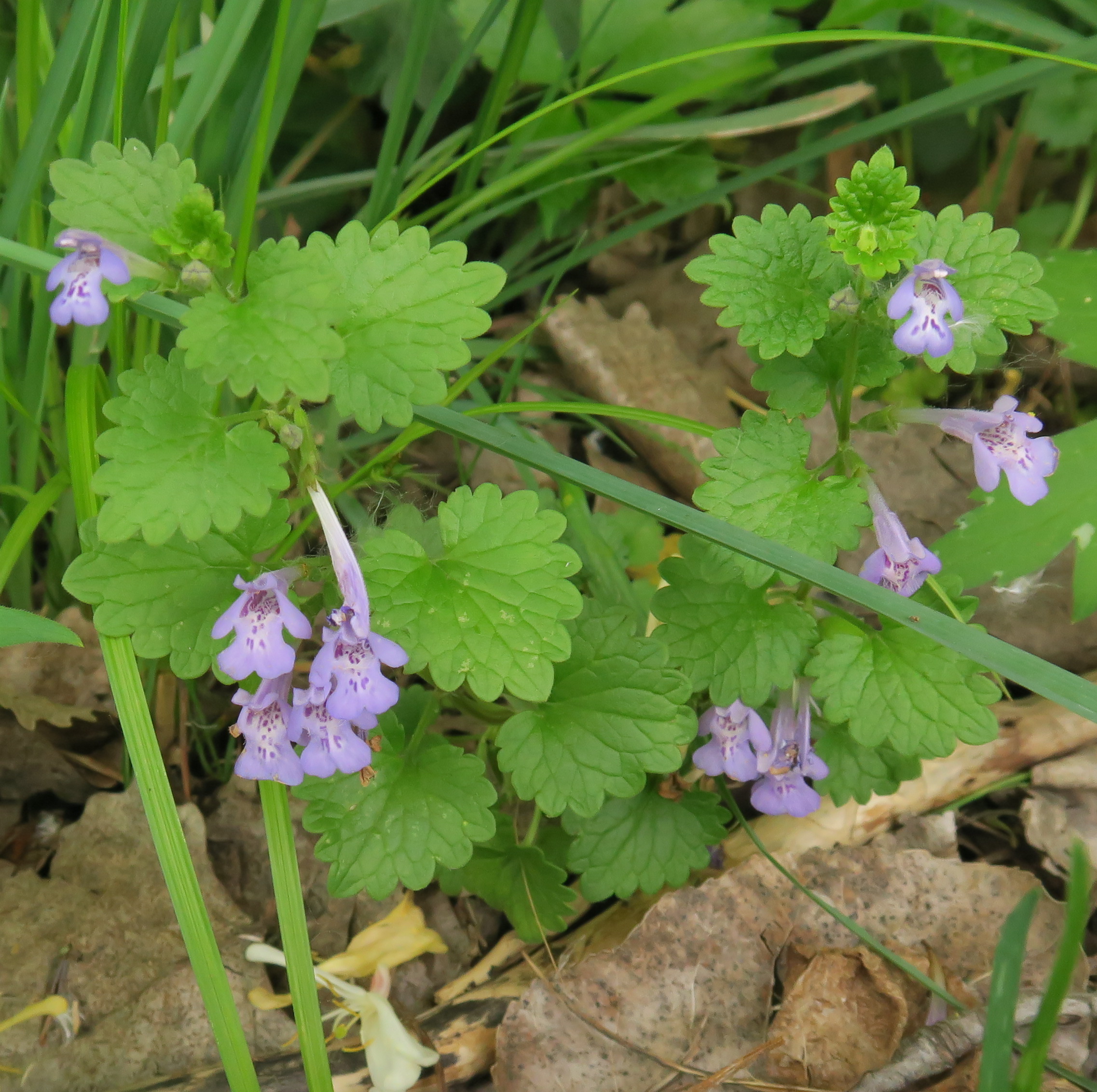 Moving to the statewide offices, nominee for governor Deidre DeJear's favorite wildflowers are woodland sunflower (Helianthus divaricatus). I haven't featured these plants and find them difficult to distinguish from other Helianthus species, like Jerusalem artichoke.

Lora Conrad came to the rescue with this close-up shot of a woodland sunflower. 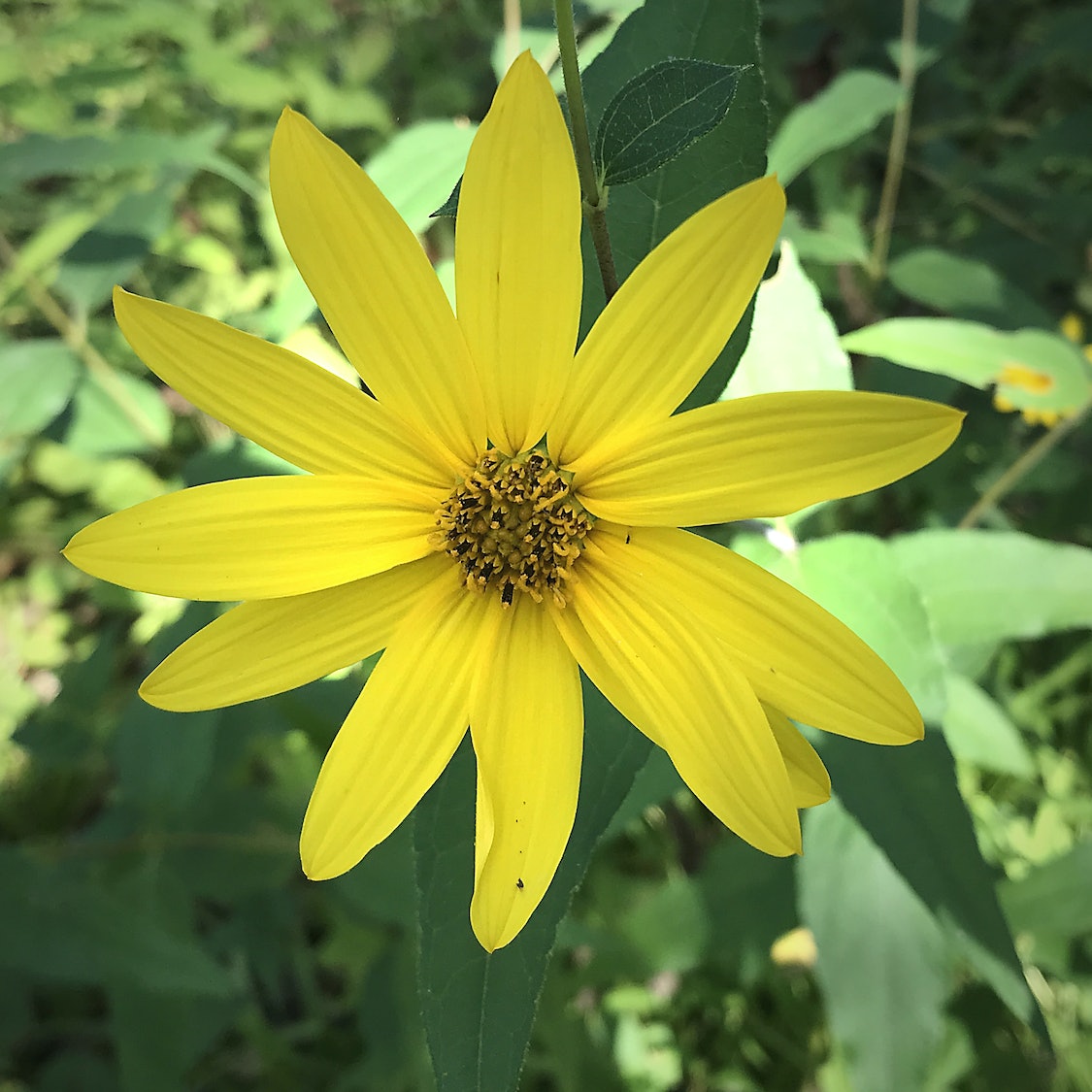 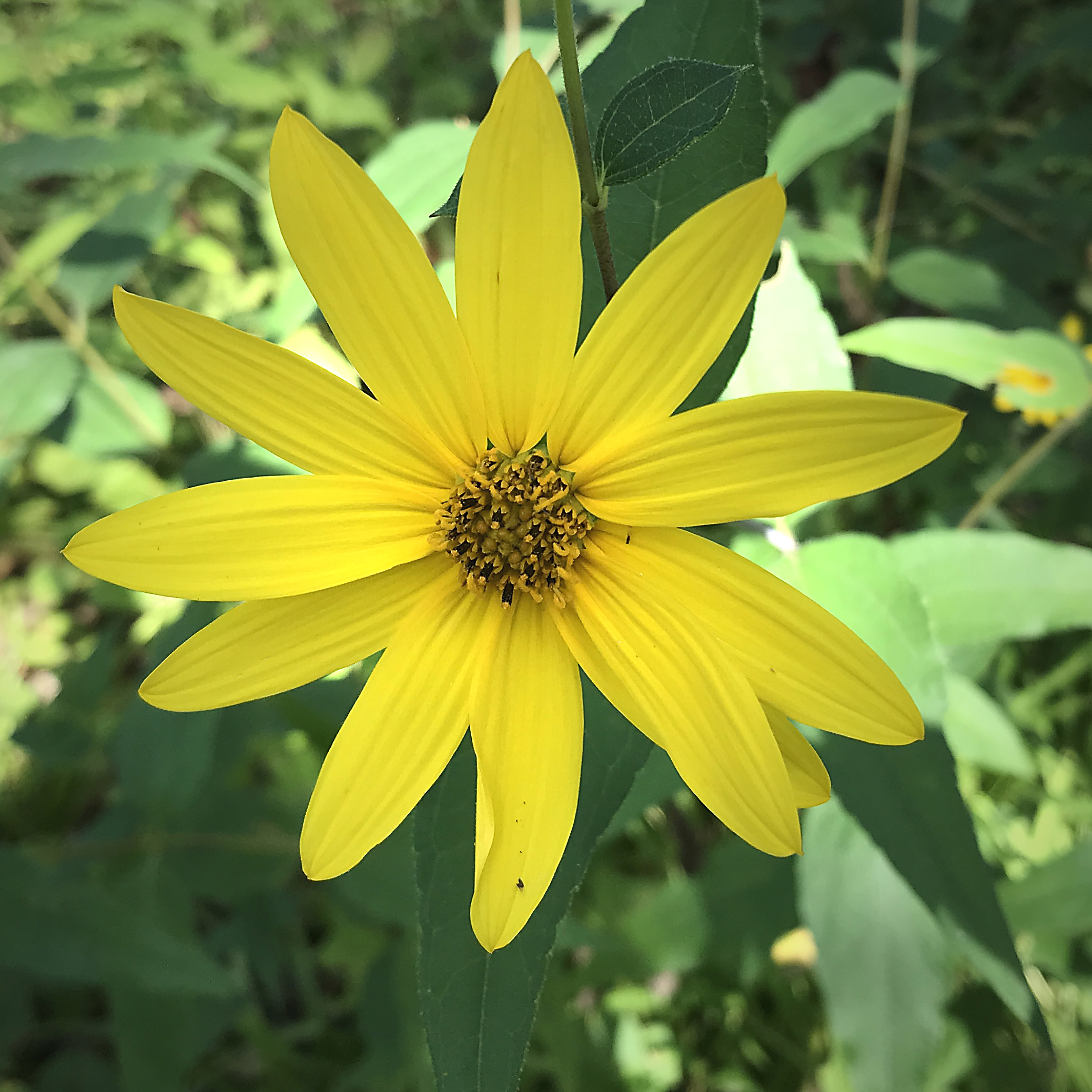 Secretary of state nominee Joel Miller told me that growing up on a dairy farm, he didn't notice the wildflowers as much as the corn, oats, sorghum, or soybeans. Which of those crops did he like best? He picked sorghum.

There are many sorghum varieties, so I can't be sure this picture resembles what was planted on the Miller family farm in Buchanan County. I found the photo in a document produced by the "Beginning Farmer Center" at the Leopold Center for Sustainable Agriculture at Iowa State University. 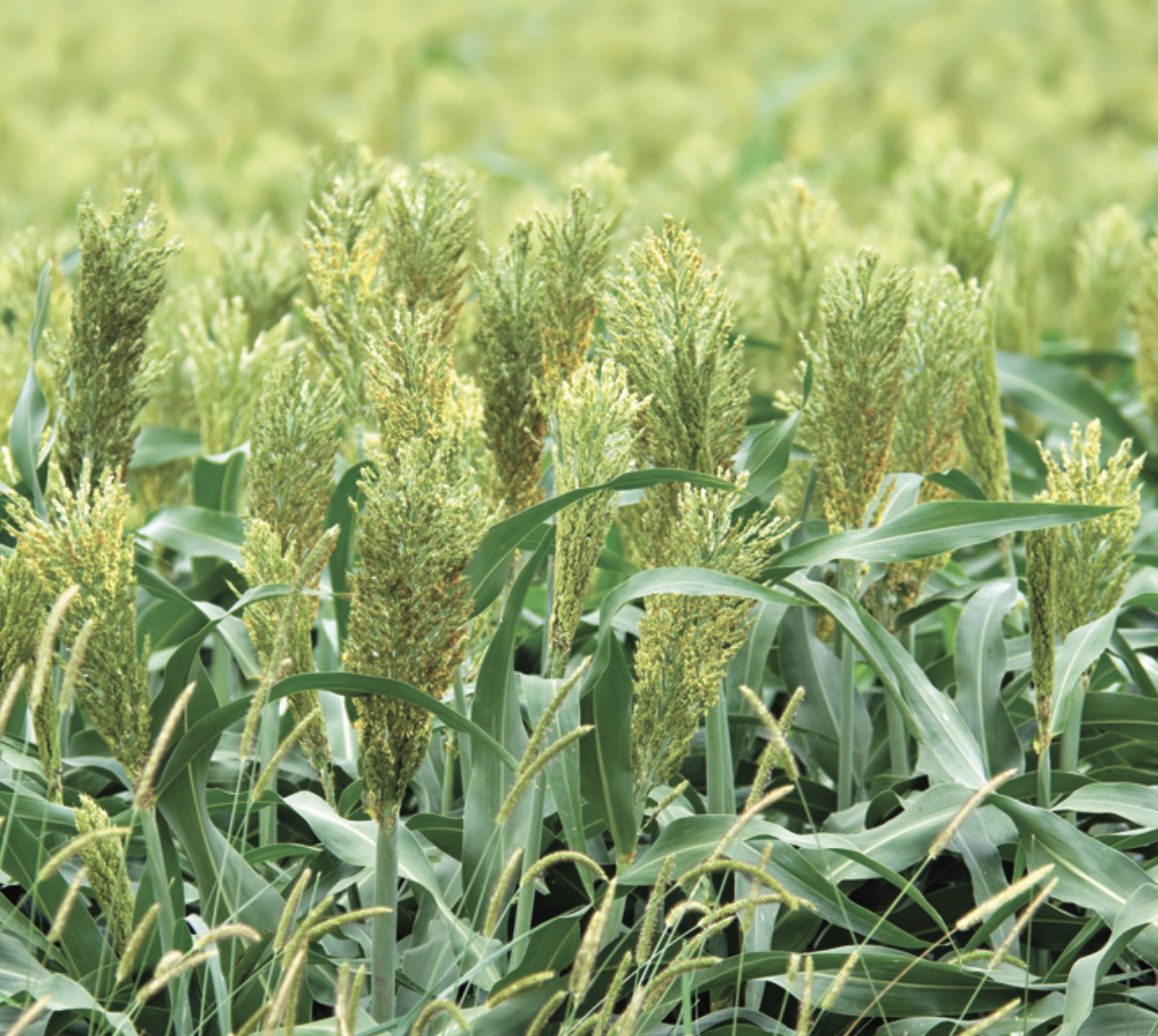 Being kind of a cheapskate, I love what I consider Iowa's low-budget sunflower, the Black-eyed Susan. It isn't as grand or massive as actual sunflowers, but even just its little bit of yellow can bring just as much joy. Then, the fact that you can find them everywhere from quiet meadows to roadside ditches makes them even better. Shouldn't joy be just that commonplace?

Speaking of plants you may find in along the side of the road as well as in higher-quality habitats, I photographed these black-eyed Susan (Rudbeckia hirta) flowers next to some wild bergamot (Monarda fistulosa) plants, also known as or horsemint or bee balm. 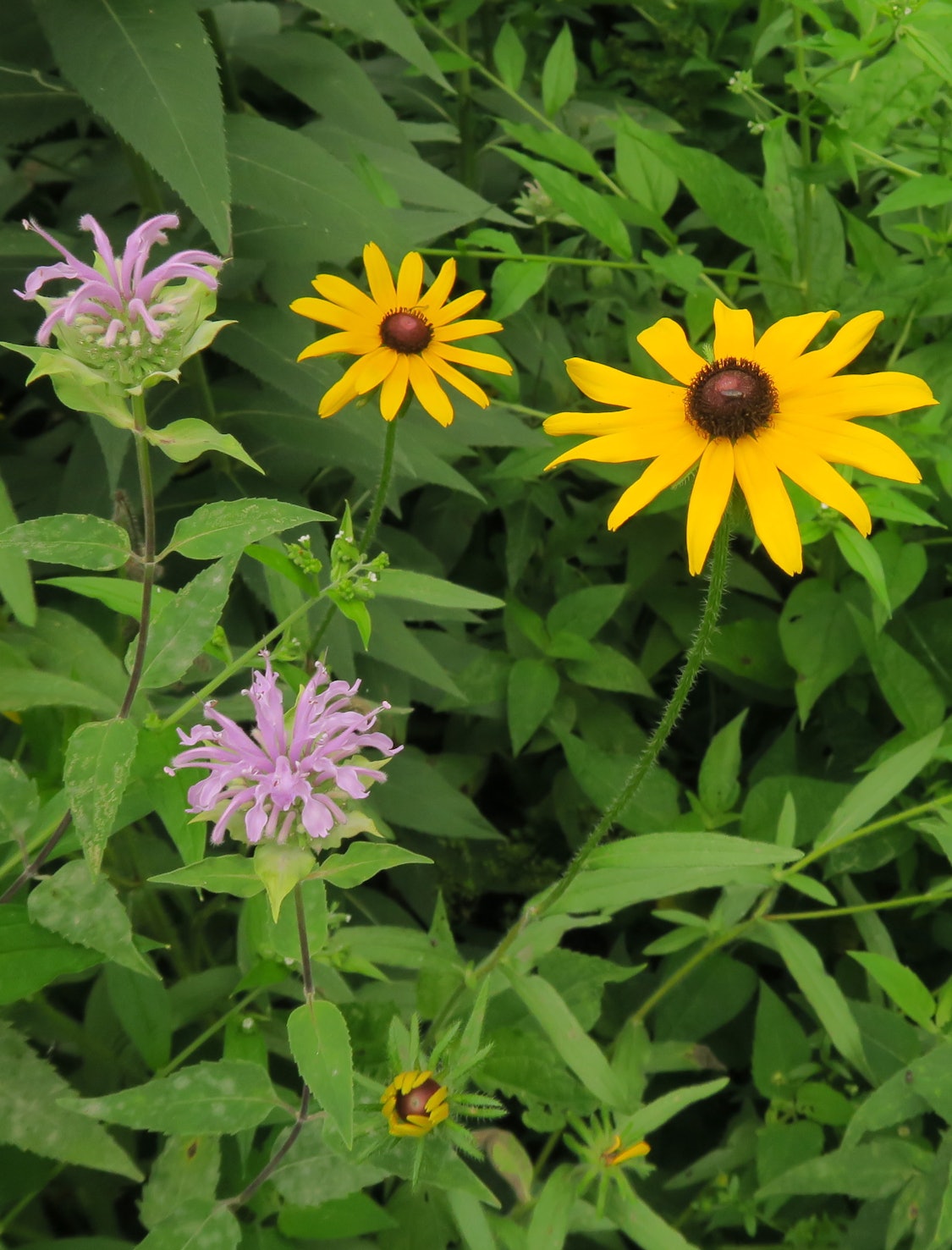 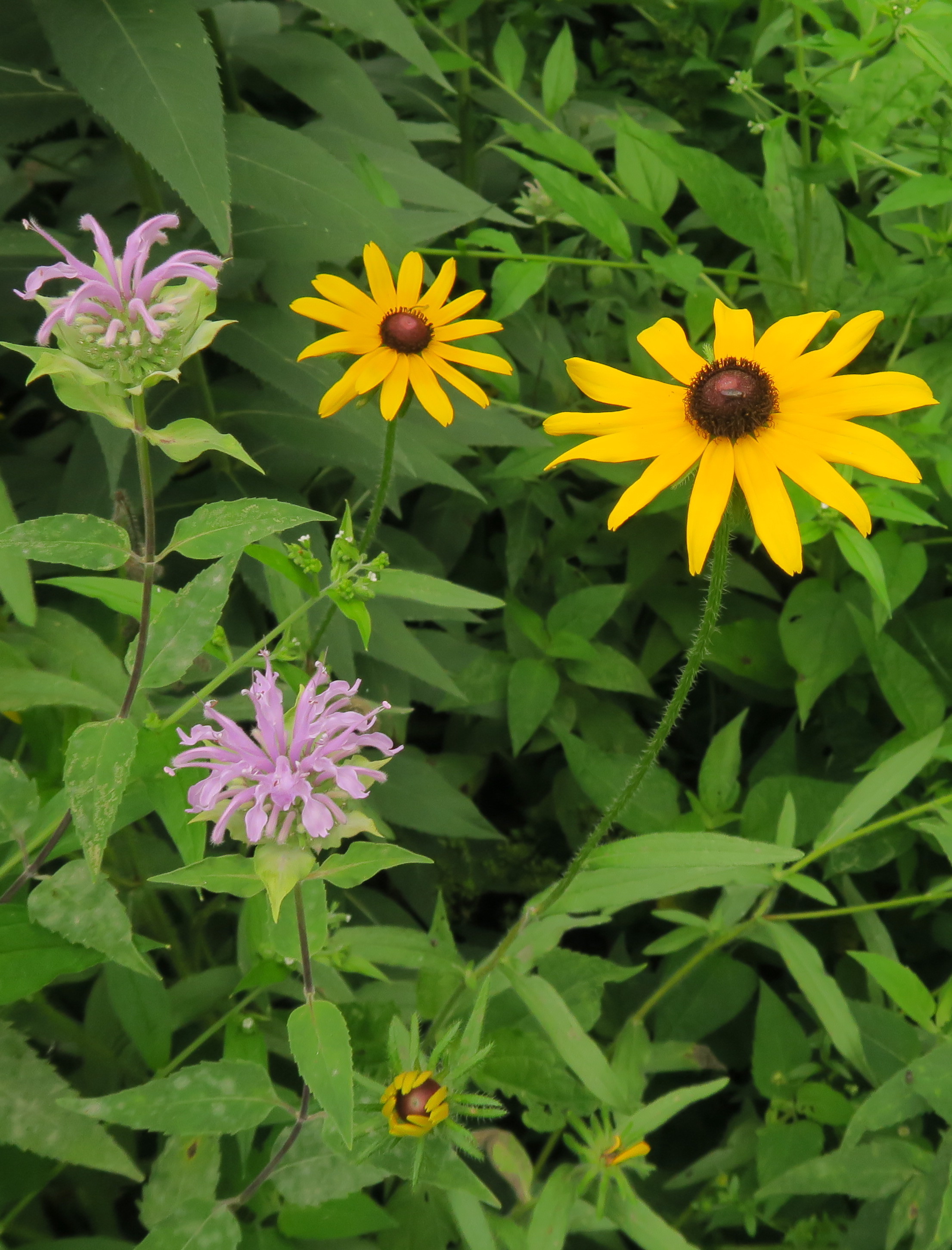 State Treasurer Michael Fitzgerald's favorite wildflowers are wild rose (Rosa blanda). That happens to be our state flower, and it used to be more prevalent in ditches. But herbicides have destroyed countless populations. 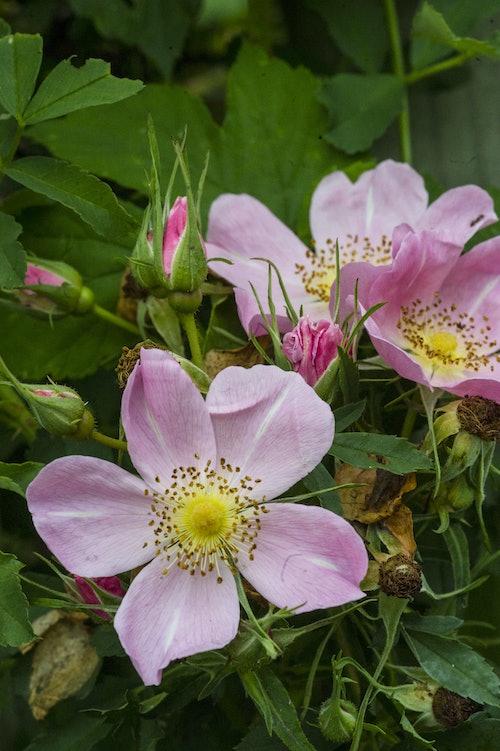 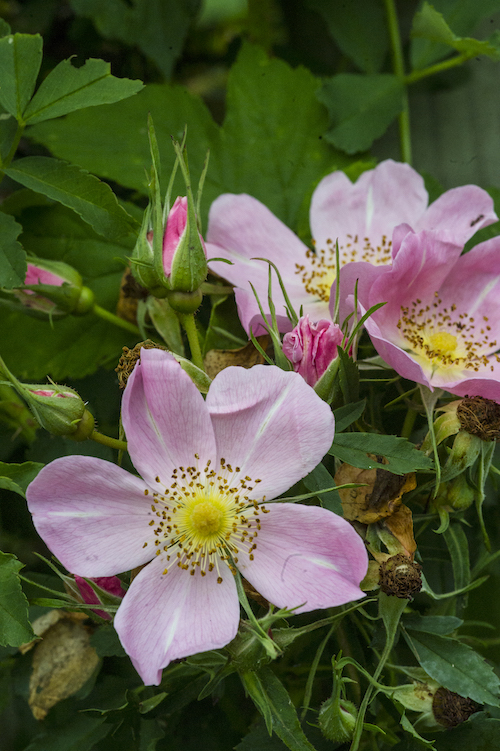 Secretary of agriculture nominee John Norwood sent me this picture of Columbine (Aquilegia canadensis), which he described as "Beauty at our doorstep!" Like Virginia bluebells, these natives are popular garden plants. 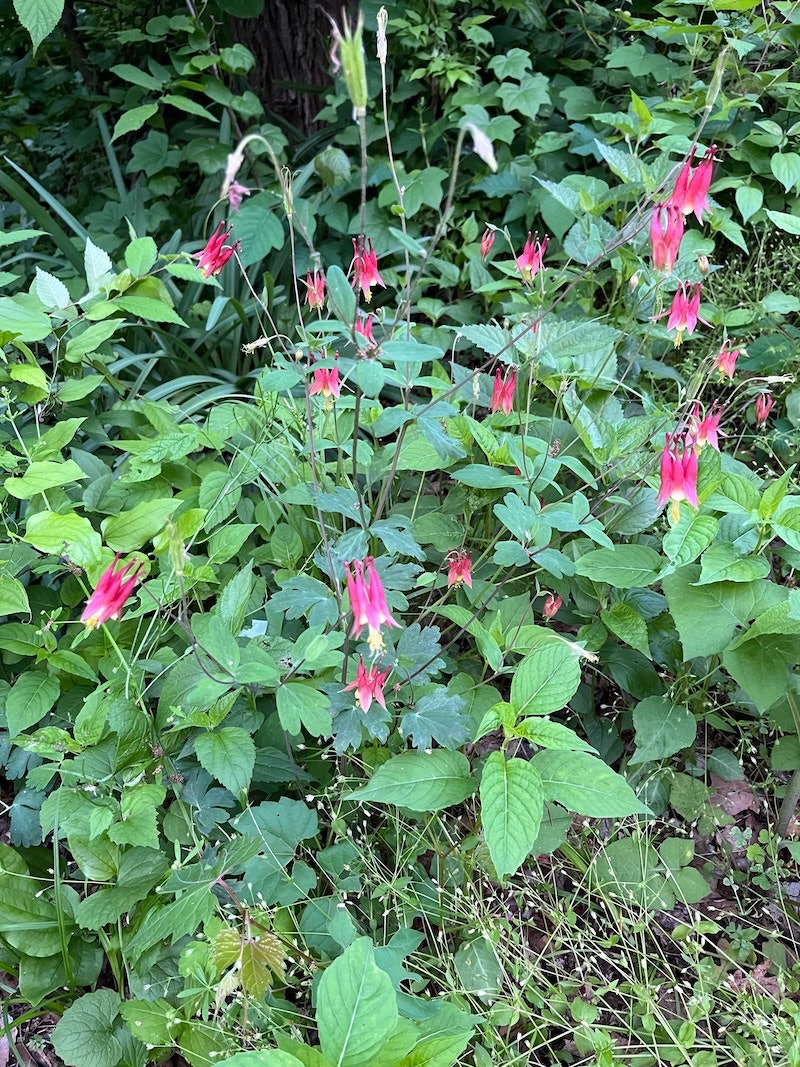 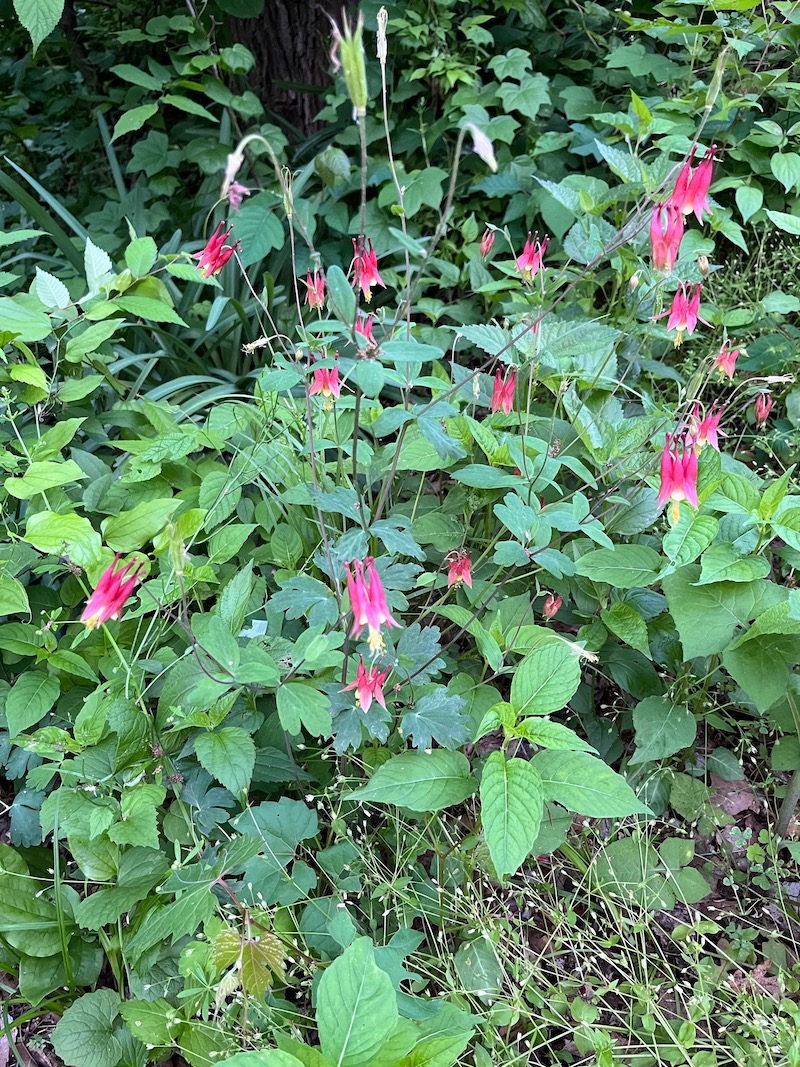 Attorney General Tom Miller's campaign manager Jacob Hamblin told me, “Tom has a hard time picking favorites." While he enjoys all of the flowers he finds across the state, he is especially fond of the ones "you can find around Effigy Mounds.” 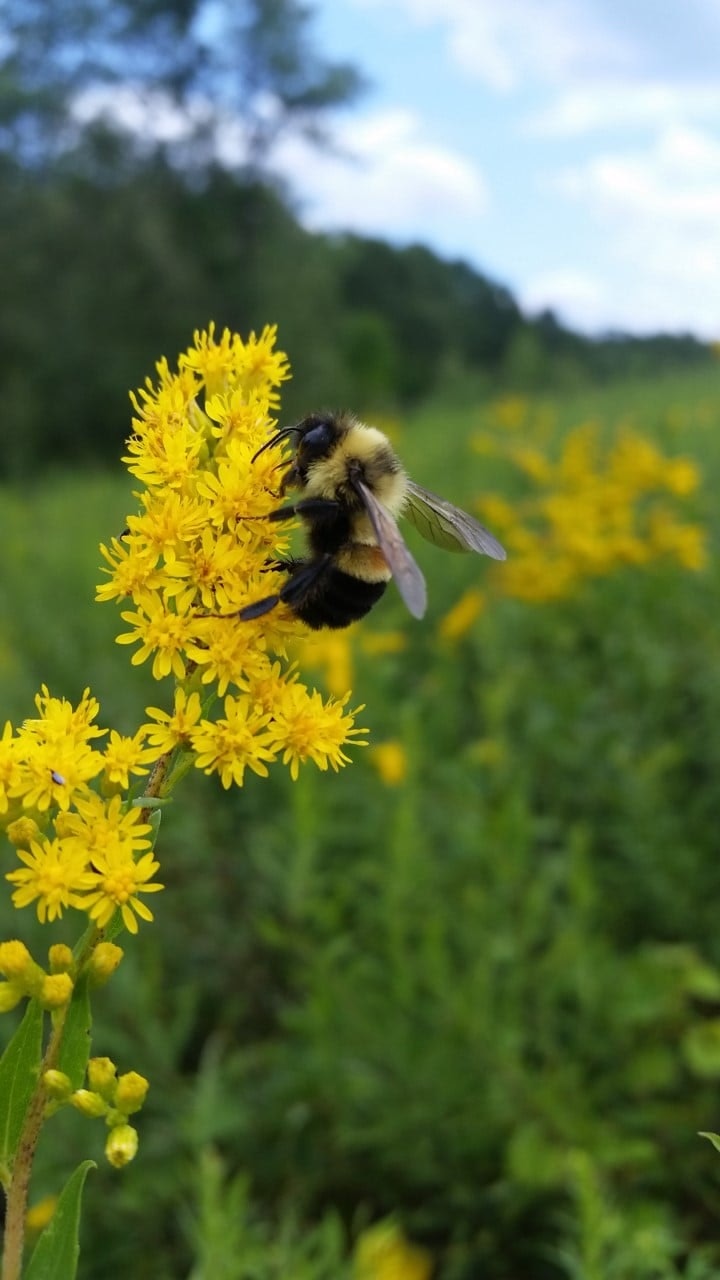 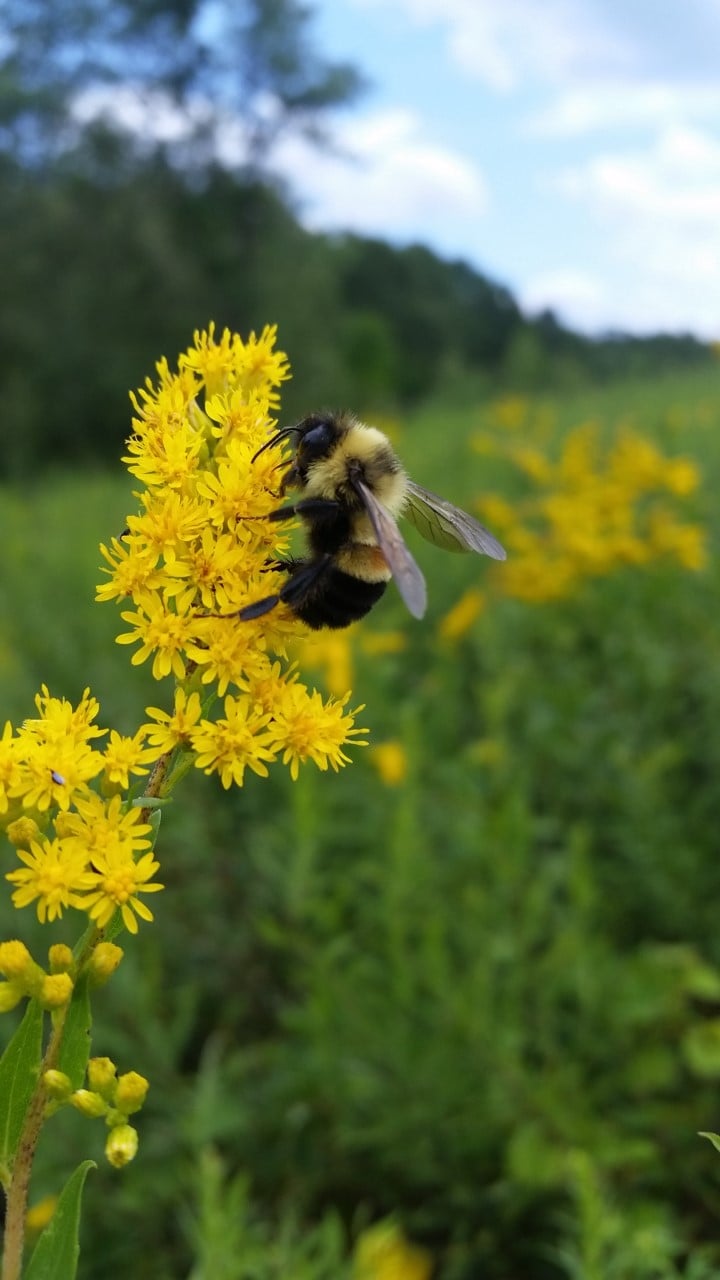