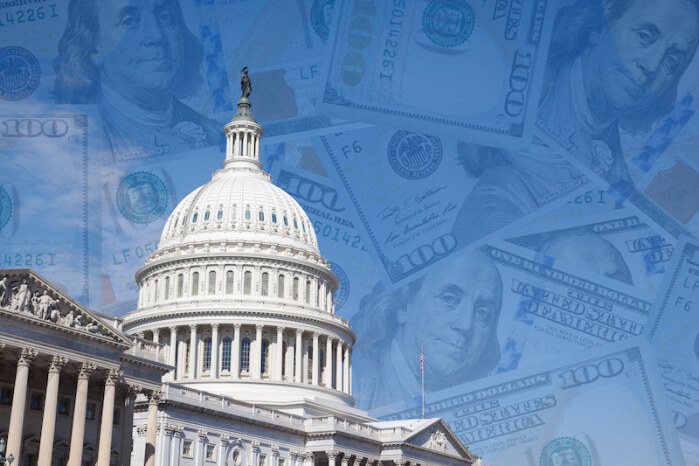 Follow me after the jump for highlights from the latest quarterly filings to the Federal Election Commission. Notable numbers from Congressional candidates' fundraising and spending during the first half of 2021 can be found here.

Republicans signaled early that protecting first-term Representative Ashley Hinson would be a priority. She got desirable committee assignments and has been a frequent guest on conservative television networks. Hinson raised quite a lot of money during the first and second quarters, but the third quarter was her campaign's most lucrative yet: $946,708.40 in total contributions, including $677,733.96 from individual donors and $268,974.44 from a long list of Republican and corporate PACs.

After adding in $55,013.34 in transfers from other GOP committees (Hinson's own Victory Committee and House Republican leaders' Take Back the House), Hinson's campaign reported 3Q receipts of $1,026,207.93.

As Bleeding Heartland has noted before, the Hinson campaign's burn rate is high for an off-year. Operating expenses from July through September totaled $521,728.72, more than half of receipts. Big ticket items included digital consulting and advertising (those cost roughly $150,000), various forms of consulting, and printing and postage costs. As of September 30, the incumbent had $1,433,961.37 cash on hand. That's no small amount, but Hinson would have much more to spend next year if she were as frugal as her Republican colleague in the second district.

Democratic donors weren't put off by the fact that we have no idea whether IA-01 will become more winnable on the next political map. State Senator Liz Mathis raised $624,678.45 from individual donors during her first few months as a Congressional candidate. Although some donors have maxed out with gifts of $5,800 ($2,900 each for the primary and general elections), the vast majority of those who contributed to Mathis could (and probably will) give again.

Political action committees gave the campaign a total of $17,000 during the quarter. The two largest donations were $5,000 from the labor union AFSCME (which represents public employees) and $5,000 from the leadership PAC affiliated with Senator Amy Klobuchar, whom Mathis endorsed before the 2020 Iowa caucuses.

The state senator is running a lean operation so far, spending just $87,087.80 on operating costs. Nothing struck me as unusual on the itemized list of expenditures; in addition to staff salaries, the campaign spent around $40,000 for list acquisition, website development, and digital ads. The campaign had $554,575.65 in the bank on September 30.

Mathis is unlikely to face serious competition in the Democratic primary, so unless Iowa adopts a map that puts IA-01 out of reach, she should be able to amass a large war chest before the 2022 general election period.

Assuming IA-01 remains a competitive district, outside spending by Democratic- and Republican-aligned groups will likely eclipse whatever Hinson and Mathis spend on their own campaigns next year.

First-term Republican Representative Mariannette Miller-Meeks raised far less than Hinson and less than her own campaign brought in during the first and second quarters. Her total receipts of $418,692.91 from July through September included $232,441.76 from individual donors, $144,142.88 from a range of Republican and corporate PACs, and $41,822.21 in transfers from other GOP fundraising committees.

One thing Miller-Meeks has going for her, however, is a low burn rate. Her campaign spent $120,260.10 during the third quarter. Operating costs totaled $99,051.48, of which about a third were related to fundraising. The campaign didn't report any salary expenses but is regularly paying the vendor Concept Works for "campaign consulting." Miller-Meeks also transferred $16,623.00 to the National Republican Congressional Committee, the main campaign arm for U.S. House Republicans. The campaign refunded a $2,800 contribution to Pete Brownell, who had maxed out with gifts totaling $5,800 earlier in the year, and gave $1,500 to a House GOP candidate in Missouri.

As of September 30, the Miller-Meeks campaign had $1,472,499.19 in the bank--a bit more cash on hand than Hinson, who has raked in far more contributions.

State Representative Christina Bohannan is the only declared Democratic candidate in IA-02, and she reported raising $305,087.12 during the third quarter. That's an impressive amount, considering she launched her campaign only about five weeks before the end of the filing period.

Bohannan actually raised more from individual donors ($293,287.12) than the incumbent did. But like most challengers, she raised far less from PACs, just $6,000 from six Democratic or progressive committees. Bohannan also gave her own campaign $5,800.

The challenger's campaign didn't spend much: just $61,217.43. The largest expenses were for digital advertising, staff salaries and health care, payroll taxes, and credit care processing fees. Bohannan closed out the quarter with $243,617.34 cash on hand. That's a solid start, and if the next map keeps IA-02 relatively competitive, Bohannan should be able to raise enough for a strong district-wide campaign.

If the next Iowa map doesn't put Johnson County in IA-02, I anticipate Bohannan will run for a state legislative seat next year, rather than for Congress.

UPDATE/CORRECTION: Joseph Kerner is another Democratic candidate in this district. His first FEC quarterly filing showed $3,272 in donations from individuals, $199.93 in operating costs, and $3,072.07 cash on hand.

Two-term Representative Cindy Axne had her strongest fundraising quarter of the cycle so far. She raised $472,312.91 from individuals and $177,400 from Democratic, labor, progressive, or industry PACs. Adding in $107,256.21 in transfers from other Democratic fundraising committees, the campaign's total receipts were $757,831.32.

The incumbent spent more during the third quarter than earlier in the year. Of the $191,466.49 in reported operating expenses, some of the largest costs were for list acquisition, digital consulting and advertising, fundraising, and staff salaries. Axne's cash on hand increased from a little more than $1 million at the end of the second quarter to $1,601,523.25 as of September 30.

I expected to see big fundraising from State Senator Zach Nunn, who's been a rising star in Iowa Republican circles. But during his first two and a half months as a Congressional candidate, he raised just $231,904.74. Most of that came from individuals. Nunn's maxed-out donors include several members of the Krantz family, owners of Adventureland Park, which is in his Senate district. Nunn also received $2,500 from Fareway's PAC and loaned his own campaign $50,000, bringing his total 3Q receipts to $281,904.74.

That was enough to impress the National Republican Congressional Committee, which last week added Nunn to their "Young Guns" program for top-tier challengers. But I expected him to outraise the rest of the GOP field by a lot, given his establishment support.

Few Iowa politics watchers had heard of Nicole Hasso before she announced in early July that she was running for Congress. But she raised $170,862.99, a very respectable amount for a first-time candidate.

The majority of Hasso's individual contributions arrived after U.S. Senator Ted Cruz of Texas endorsed her on August 12. But some big names in the Iowa GOP donor community gave to the campaign in July, including some maxed-out donors such as Doug Reichardt and Gary Kirke and his wife. Others who gave Hasso $2,900 or more (later in the quarter) include Cameron Sutton and his wife, Douglas McAninch and his wife, and Sheri Horner. Donors at the $1,000 level included Iowa Board of Regents President Michael Richards, Don Lamberti, Brent Rastetter (brother of Bruce Rastetter).

Incidentally, a few big names in Iowa GOP politics gave to both Nunn and Hasso. Eric Branstad donated $500 to each campaign and Pete Brownell gave them $2,900 in July. Gage Kent (CEO of the Kent Corporation in Muscatine) gave $2,900 to Nunn and $5,800 to Hasso (but she can spend only $2,900 of that amount before the June 2022 primary).

Former State Representative Mary Ann Hanusa reported raising $65,288.49, exceeding her haul from the second quarter. Almost all the funds came from individual donors, except for $500 from a Nebraska legislative candidate's committee. The campaign spent $50,766.78 on operating expenses, a very high burn rate, leaving $44,717.98 cash on hand as of September 30.

Hanusa recently told the conservative website Iowa Torch that she plans to stay in the race. I don't see any path for her to win the GOP nomination. We don't know whether Pottawattamie County will be part of the third district on the next map, and even if it is, Hanusa will struggle to become known in the central Iowa counties where most district voters live.

A fourth Republican candidate, Gary Leffler (better known as "the Trump tractor guy"), launched his IA-03 campaign in late September. He didn't file an FEC report, which probably means he didn't raise enough before September 30 to trigger the reporting requirements. His presence in the race seems likely to help Nunn, since Leffler and Hasso could split the anti-establishment vote.

First-term Representative Randy Feenstra doesn't have an opponent, nor have I heard of any Democrats gearing up to run against him. No matter how the next Iowa map is drawn, there will surely be a safe Republican district covering the northwest corner of the state.

As Iowa's only U.S. House incumbent in no real danger of losing in 2022, Feenstra raised the least of the four. His total receipts of $321,386.84 were padded by $111,125.0 from a mix of conservative, industry, or corporate PACs and $46,357.03 in transfers from other Republican fundraising committees. Feenstra raised just $163,904.81 from individual donors from July through September.

Oddly, the campaign spent more than half of what it brought in during the reporting period. $162,082.64 went toward operating expenses. In lieu of hiring campaign staff, Feenstra's paying the GOP firm Victory Enterprises for campaign consulting and other services, which amounted to more than $70,000 on this disclosure. Feenstra's campaign also paid more than $50,000 to other vendors for fundraising-related expenses from July through September. I don't think he got his money's worth.