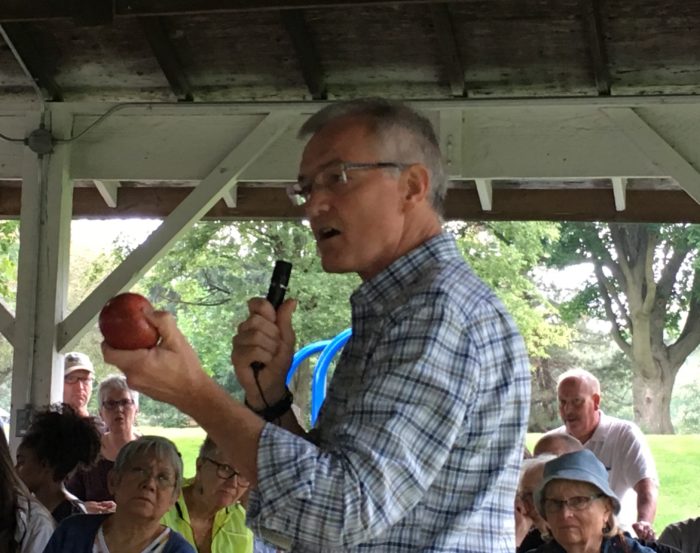 Key community leaders from across Iowa including current and former state legislators, party activists and officers, will serve to support and advise the campaign

The following is a statement from John Norris, Democratic candidate for governor of Iowa:

I am honored to introduce an extraordinary group of Democrats who have volunteered to serve on my Statewide “Norris for the People” Steering Committee. Our Steering Committee members are there with you, in rural Iowa and our cities, to start the conversation now about what our state needs most from our next governor.

With less than seven months left until the Primary, Iowa Democrats are starting to narrow their choices in an impressive gubernatorial field. What are we looking for in a candidate? Do we want a progressive? A populist? Someone who can govern on day one? Someone who can go toe-to-toe with Republicans in rural Iowa? Someone who can inspire from the podium and match Governor Reynolds’ personal warmth and charm (yes, it’s OK to admit that) in a small room and one-on-one interactions?

I want it all, which is why I’m proudly supporting John Norris. I’ve known John for more than a decade and he has impressed me every step of his career. His masterful leadership of our state party in 1998, and John Kerry’s 2004 presidential caucus campaign, proves he has the political instincts to win – something we can’t afford to take for granted. When it comes to politics and governing, whether you want to admit it or not, winning is everything.

John’s tenure as Governor Tom Vilsack’s Chief of Staff, and his leadership at the Iowa Utility Board and the Federal Energy Regulatory Commission proves he can manage a team, tackle incredibly complex issues and get Iowa out of the budget mess we will inherit from the current administration.

Perhaps most importantly, I’ve watched John fire up Democrats from podiums, stages, and union halls across the state. Never shying from his progressive populist roots, John always reminds us why we fight, and who we are fighting for. We need this. The Democratic energy right now is palpable. County party events are seeing record turnout, and Republicans are most afraid of us electing a gubernatorial nominee who can keep this fire burning until next November. John can do it, which is why he needs to be our nominee.

“This is the most important gubernatorial election in your lifetime,” is cliche, but not untrue. With flat wages, a budget mess and a state health care crisis, we need someone who can make a positive case for dramatic change and simultaneously get our blood pumping. My head and heart tells me John is the right candidate at the right time, and I hope you help me get him across the finish line. Join me on team Norris here.

John Norris is my choice for the Democratic nomination for Governor of Iowa. I’ve known John for over two decades. He has the right resume and passion to be Governor of Iowa. John is fifth generation Iowan, educated at Red Oak Community Schools, Simpson College and The University of Iowa College of Law. John was State Director of the Iowa Farm Unity Coalition and he owned and operated the Old Hotel restaurant in Greenfield. He worked for Tom Harkin and was chief-of-staff to both Congressman Leonard Boswell and Governor Tom Vilsack. Gov. Vilsack appointed him Chair the Iowa Utilities Board and then his Chief of Staff at the US Department of Agriculture in Washington DC. President Obama appointed John to the Federal Energy Regulatory Commission and to represent the US at the United Nation’s Food and Agriculture Organization and World Food Program in Rome, Italy. Consider John Norris and his life of service when deciding who to support in the Democratic Governor race.

Top image: John Norris, speaking at the Poweshiek Democrats picnic on August 26. He was holding an apple to symbolize the recently-announced huge state and local incentives package for the Apple corporation to build a data center in Waukee.

UPDATE: The Norris campaign launched this 30-second web video, “Fighting our fight,” on November 26. I assume it will be a paid television commercial sometime before the primary.

Female voice-over: When others went off to make money, John Norris went to make a difference. [footage of Norris, campaign signs that read NORRIS DEMOCRAT FOR GOVERNOR]

Then represented our country at the United Nations. [photo of Norris from when he served as U.S. Minister-Counselor for Agriculture to the UN Food and Agricultural Organization and the World Food Program]

Now this proud product of rural Iowa wants to take our Democratic values to the governor’s office. [footage of Norris speaking at an event, image of state Capitol building with words OUR VALUES on screen]

John has been fighting our fight his entire life. [photo of Norris against backdrop of Iowa flag, words FIGHTING OUR FIGHT on screen]

John Norris for the people: us. [photo of Norris in front of state Capitol, campaign logo on screen along with words JOHN NORRIS FOR THE PEOPLE]