Whitver's competitor in today's vote was Randy Feenstra, who chairs the Ways and Means Committee and is another assistant majority leader. I've had no interaction with Whitver, who's never replied to any of my inquiries. In contrast, Feenstra blatantly lied in the first e-mail I ever received from him. So from my perspective, Republicans could have done worse than the leadership team they just elected.

Schneider will continue to chair the Appropriations Committee, he told reporters today, and wants the chamber's human resources policies and employee handbook updated to reflect former Senate President Mary Kramer's recommendations for improving the workplace environment. I enclose that document below in full. Its key points included:

• A policy covering not only lawmakers and caucus staff from both parties in both chambers, but also staff working for the House Chief Clerk, the Secretary of the Senate, and the non-partisan Legislative Services Agency, as well as "both credentialed and non credentialed" media and volunteer or paid lobbyists.

• Better training on what constitutes inappropriate behavior, conducted every year at the beginning of the legislative session.

• A requirement for all parties to sign a document stating they have received the information and are prepared to abide by policies on workplace conduct.

• A "clear path for filing complaints with assurance they will be investigated in a fair and impartial manner without retaliation." Kramer emphasized, "The complaint process is not limited to employees, it includes all the groups of people described above."

• Timely investigation of all complaints. Kramer noted, "In some best practice policies, 24 hours is considered an appropriate amount of time for an investigation to take place. In others up to a week is acceptable."

Arguably the Senate workplace environment has already improved with the departure of Dix's longtime ally Ed Failor, Jr. The top aide to the majority leader resigned on March 13, saying it was "the right time for me to pursue opportunities in the private sector" and that he did not want to be a "distraction."

Failor was directly involved in mishandling former Senate GOP communications director Kirsten Anderson's sexual harassment complaints and signed off on firing her in May 2013. Even after a Polk County jury's unanimous verdict, Failor never acknowledged that she faced discrimination and retaliation. Like Dix, he continually (and implausibly) insisted that Anderson lost her job solely because of her work product. Iowa Senate Minority Leader Janet Petersen told the Des Moines Register yesterday, "Senate Republicans are allowing [Failor] to leave on his own terms, unlike Kirsten Anderson."

Republicans are eager to turn the page now. Whitver told reporters that his caucus is united and ready to move forward on "a new day in the state of Iowa and in the Iowa Senate."

Many unanswered questions remain about the relationship Iowa Starting Line exposed. As Barbara Rodriguez discussed in a March 13 story for the Associated Press, the Senate's ethics rules don't prohibit relationships between lawmakers and lobbyists. Ethics Committee chair Jerry Behn told Rodriguez he doesn't know what, if anything, should be done to revise the rules.

Scott Amey serves as general counsel for Project on Government Oversight, a nonpartisan watchdog group on federal government activity. Amey said Dix should release all records of communication with the lobbyist to prove he wasn’t influenced.

“I don’t think his resignation ends an inquiry into this,” Amey said.

Republican Gov. Kim Reynolds didn’t add clarity to the issue Tuesday. Her staff released a statement on her behalf.

Don't hold your breath for Republicans to allow a full investigation of Dix's relationship with the lobbyist for the Iowa League of Cities.

Also worth noting: whether or not Dix was influenced by an intimate relationship, this week's revelations have bolstered critics of the League of Cities, who feel the advocacy group should have done more to oppose Republican policies that are bad for local governments. Last month, the league's lobbyists registered as "undecided" on the Senate GOP tax bill, which would decimate state revenues and therefore threaten the "backfill" payments currently supporting local budgets. UPDATE: Lindsey McCune, who was involved with Dix, resigned as the league's government affairs manager on March 15.

In a statement congratulating Whitver and Schneider, Democratic leader Petersen called on the new GOP leaders

to finally get it right and change a culture at the Iowa Capitol that is currently putting lobbyists, special interests, and political arrogance ahead of the interests of Iowa families.

“Iowa taxpayers’ dollars should have never been used as a slush fund to cover the cost of sexual harassment by Senate Republicans. Senators Whitver and Schneider should turn over all campaign funds raised by Senator Dix to begin to cover the costs of the illegal behavior by their caucus.”

Two final notes: as Senate president, Schneider also becomes next in line to serve as governor, should anything happen to Kim Reynolds before January 2019. The governor's right-hand man Adam Gregg "operates" but does not "hold" the position of lieutenant governor, because last spring, Attorney General Tom Miller determined that Iowa's constitution did not give Reynolds the authority to name a new lieutenant governor. Last week, the Iowa Senate took the first step toward amending relevant sections of the state constitution.

Republicans have a large voter registration advantage in this district, where Trump received nearly 60 percent of the vote in 2016. Scroll to the end of this post to view a map.

UPDATE: Via Ryan Foley: "How bad has the last couple weeks been for ousted Iowa Senate leader Bill Dix? He was sued Feb. 26 for negligence by a driver injured in a 2016 rear-end crash." 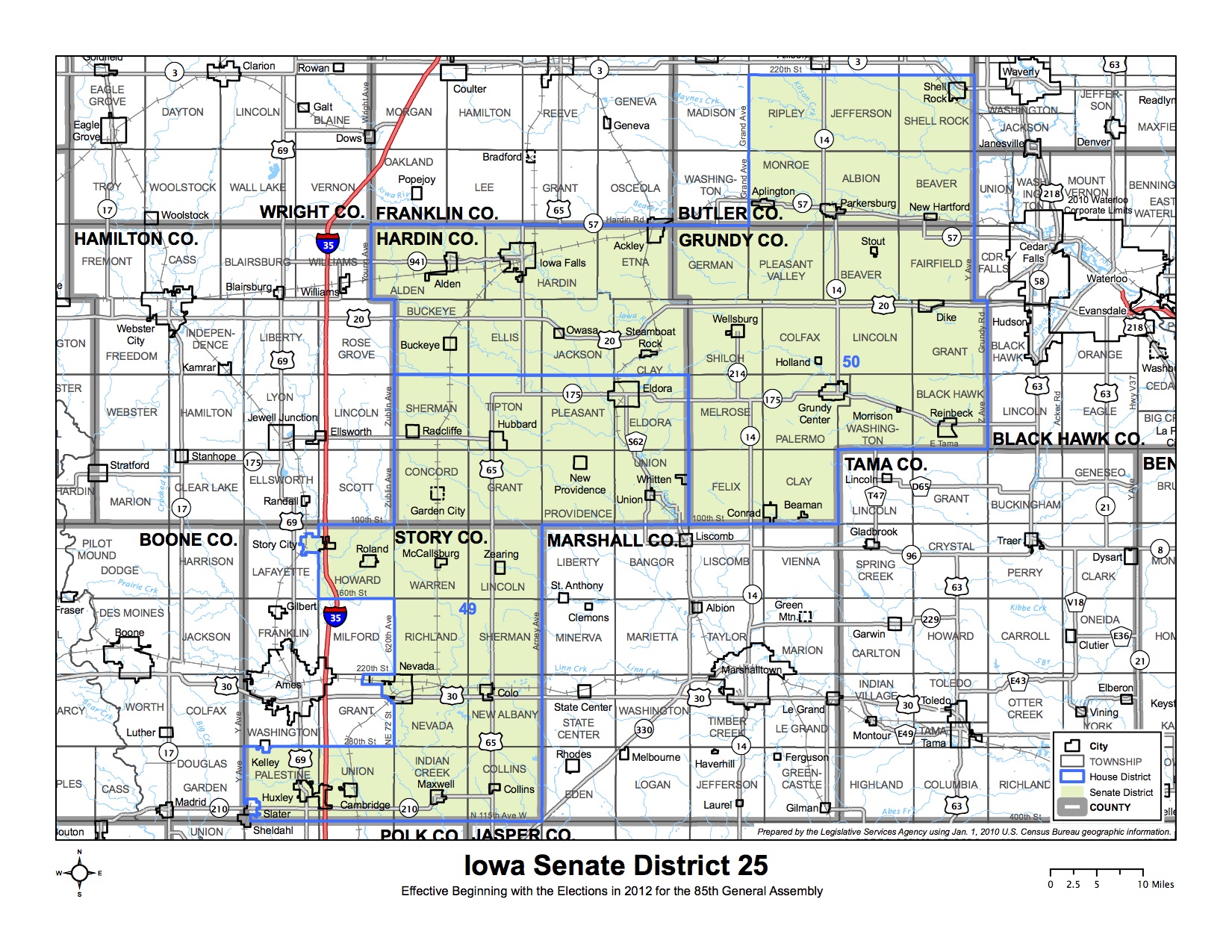