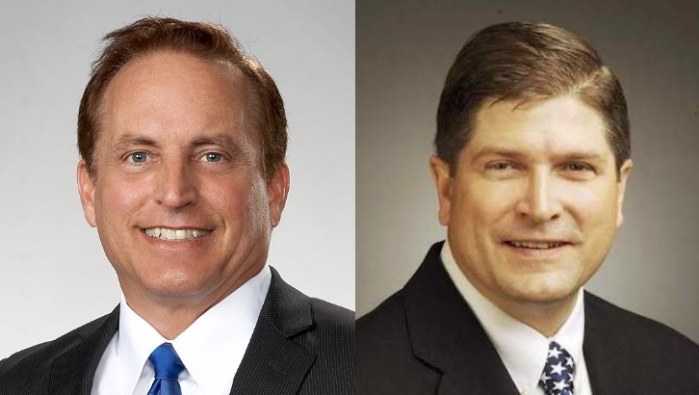 The Iowa Secretary of State’s office has confirmed in writing what Secretary of State Paul Pate said last week: county auditors may place secure drop boxes outside government buildings, to make it easier for voters to hand-deliver absentee ballots.

Linn County Auditor Joel Miller has opted not to fight the state’s interpretation and will remove three boxes his office had set up near grocery stores in the Cedar Rapids area. 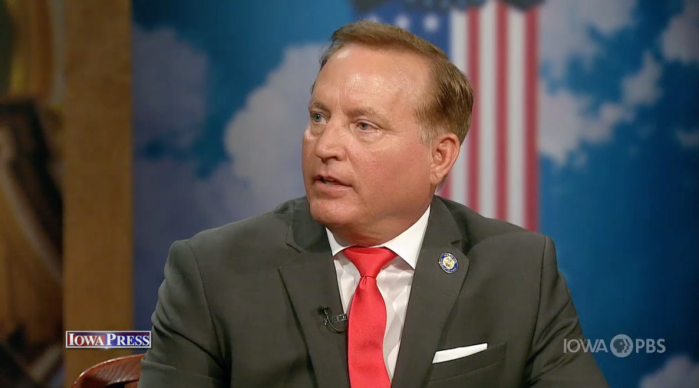 Iowa Secretary of State Paul Pate will not seek to prevent county auditors from setting up drop boxes outside their offices for voters to hand-deliver absentee ballots, he announced on Iowa Public Television’s “Iowa Press” program on August 28.

The same day, state elections director Heidi Burhans told county auditors in writing that “a no-contact delivery system” for absentee ballots will be allowed “at your office or in the immediate outside area of your office building.”

The Republican lawsuit is heavy on political posturing but fails to lay out a convincing legal case. 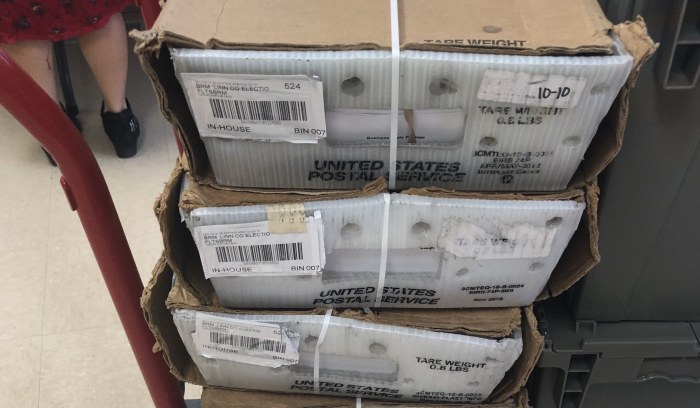 Republican Secretary of State Paul Pate appears to be on a collision course with election administrators in Iowa’s second- and fourth-largest counties, which both lean Democratic.

The same day, Pate’s staff attorney wrote to Miller and Weipert, asking dozens of questions about the mailings and demanding a broad array of relevant documents. Those letters sounded like the precursor to legal action.

Also on July 27, the lead attorney for the Republican National Committee asked Pate to take emergency action to block the Linn and Johnson County mailings and declare the forms invalid. His letter indicated that the national party may sue to stop Miller and Weipert from giving voters in their counties a supposedly “unconstitutional advantage in the November election.” 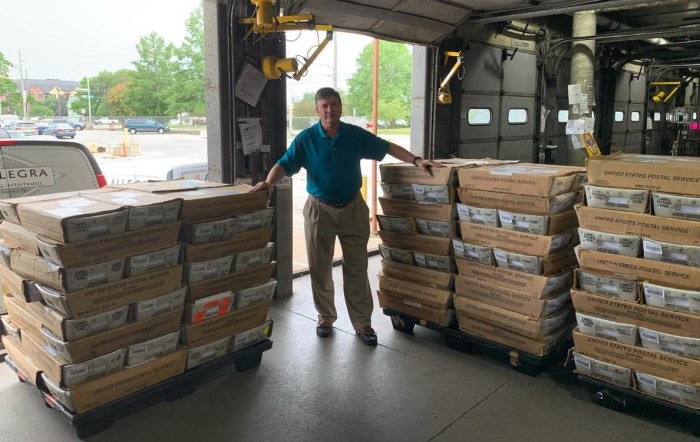 Iowa Secretary of State Paul Pate and Republican lawmakers moved on July 17 to block Democratic county auditors from sending pre-filled absentee ballot request forms. However, Miller said his research indicated neither Pate nor state lawmakers had the legal authority to stop his mailing. The Secretary of State’s office did not file for an injunction or serve notice of any impending lawsuit.

Postage for the first installment of Linn County’s mailing will cost $24,412.57, according to Miller. But pre-filling the forms will save his office a significant amount of staff time, as fewer forms will come back incomplete or with the wrong voter PIN.